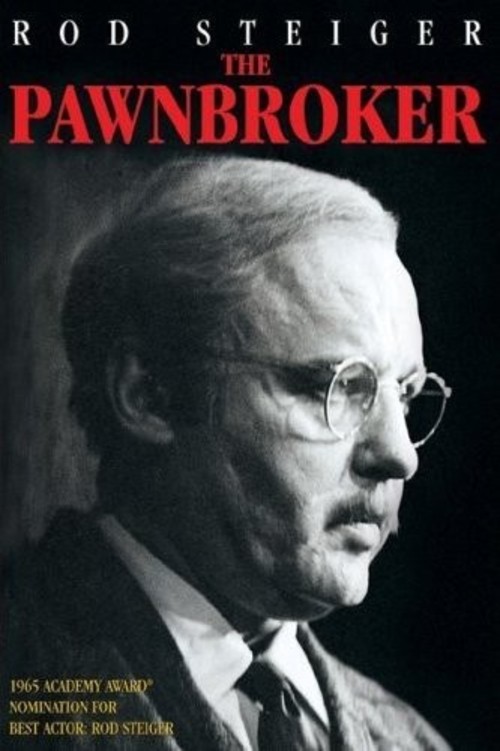 Haunted by his experiences in a Nazi concentration camp, which his wife and family did not survive, Jewish pawnbroker Sol Nazerman (Steiger) is an emotional fortress impervious to the world around him. With no faith in God or humankind, Nazerman becomes increasingly bitter and callous on the anniversary of his wife's death, even to those who offer him freindship, like shop clerk Jesus Ortiz (Sanchez) and Harlem social worker Marilyn Birchfield (Fitzgerald) — a Holocaust survivor herself. Are his wounds too deep to heal?

One of the finest films to deal head-on with the psychological havoc wreaked on survivors of the Nazi extermination camps, Lumet's "Pawnbroker" is a bleak, hard-hitting story about imprisonment, both literal and metaphorical. Steiger, in a virtuoso performance, portrays a man so scarred by his witnessing of atrocities that he's become a paragon of emotional cruelty, quietly stewing in his own hate and pain. Lumet wrings tension from Sol's jarring, sudden flashbacks as well as the stark urban setting, drawing sharp parallels between New York City's ghetto milieu and the wartime camps. With a somber jazz score by Quincy Jones, "Pawnbroker" is a gritty tale of unlucky survival.

The Pearls of the Crown