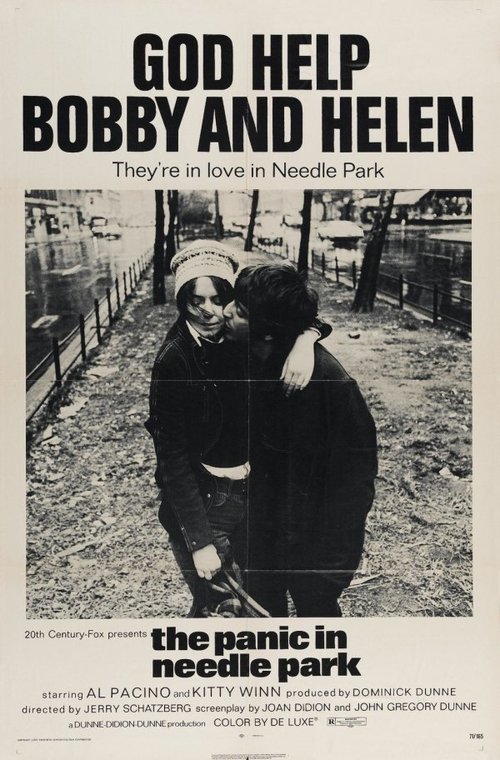 The Panic in Needle Park

After a botched illegal abortion leaves innocent Midwesterner Helen (Winn) in dire straits, she finds solace in the company of Bobby (Pacino), a jittery but amiable smack pusher in Manhattan's Sherman Square, better known to area junkies as “Needle Park.” Enthralled, Helen takes Bobby as a lover and then becomes an addict herself, sealing their intimacy. But their habit leads them on a slow, downward spiral of self-destruction and betrayal.

A grim corrective to 1960s countercultural idealism, Schatzberg's gritty, street-level drama about New York junkies examines a love affair amid a haggard community of users who all share a debilitating physical need to bliss out. Pacino stands out in his first starring role as the savvy kingpin of the druggy demimonde, and Winn scores too as the bleak, lost girl he takes in. Penned by Joan Didion and John Gregory Dunne, this hard-hitting film is anything but a romanticized ad for heroin chic, but it also harbors plenty of well-observed emotional details.