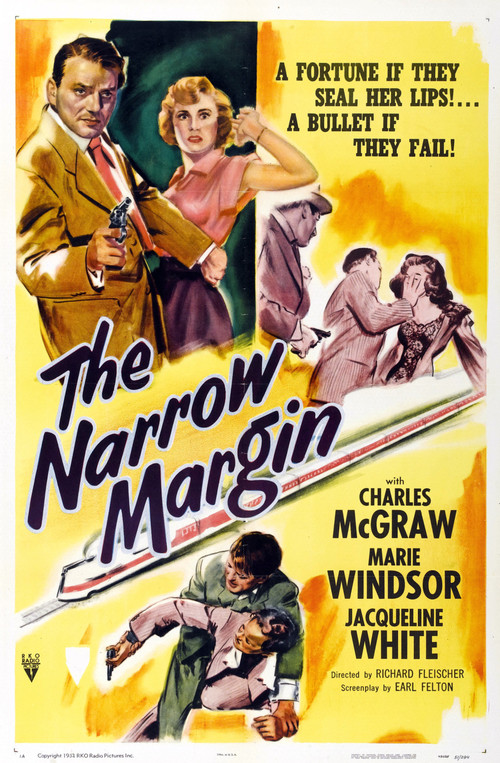 Tough-talking L.A. detective Walter Brown (McGraw) arrives in Chicago to escort a cynical mobster's wife (Windsor) to a California grand jury, where she plans to testify against her estranged husband. The mafia has other plans for Mrs. Neall — namely, to rub her out. After his partner is gunned down leaving Neall's apartment, Brown is on high alert, and must outwit a team of gangsters who follow them onto a sleeper train but seem to have no idea what their female target looks like.

A smart, edge-of-your-seat thriller set almost entirely on a West Coast-bound train, "Margin" captivates thanks to its many sudden plot twists and ingenious central tension: Brown doesn't know which of the men on-board is a gangster, and the hit men don't know which of the female passengers to bump off. McGraw's gritty, hardboiled cop and Windsor's catty moll play off each other extremely well; and portly actor Paul Maxey adds a bit of mystique as an irritating, perhaps devious passenger. Snappy dialogue, crisp pacing, and even-handed direction keep Fleischer's "Margin" flying like a bullet. Infinitely better than the 1990 remake.