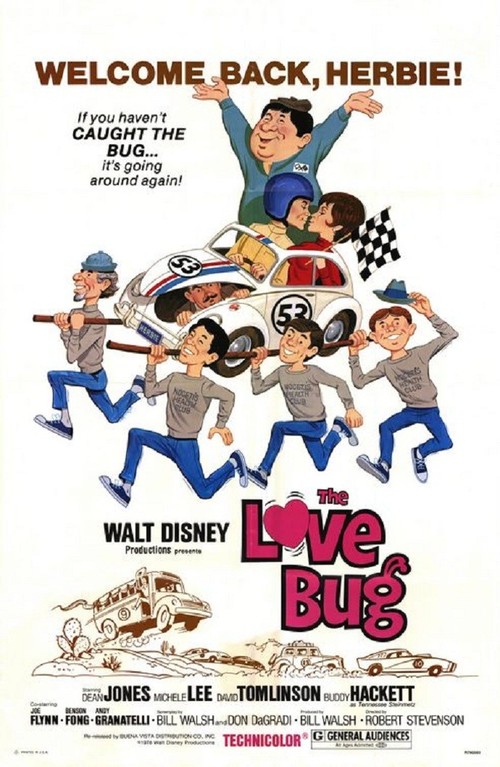 Jim Douglas (Jones), a race car driver, is lagging behind the field and not getting any younger. When he's about to hang up his helmet, a magic Volkswagen (the "bug") comes into his life, which has a personality of its own. The bug takes a shine to Jim, restoring his fortunes. Though friend Tennessee (Hackett) tries to convince him otherwise, Jim thinks it's his driving skill, rather than the car, winning races. The special bug, dubbed Herbie, is miffed, and Jim must acknowledge Herbie's worth or lose him to a fierce racing competitor (Tomlinson) who secretly wants to turn Herbie into scrap metal.

The first and freshest of Disney's Herbie series, "The Love Bug" is sheer delight, with lots of action and comedy that will rev the engines of viewers age 6 to 60. The cast is appealing, with Dean Jones's talents benefiting from an unusually sharp story and script. Michele Lee is suitably cute as the love interest, and Hackett's a riot as Tennessee (wait for that Irish coffee scene). In all, this flick is that increasingly rare phenomenon: rousing, funny, wholesome family entertainment.