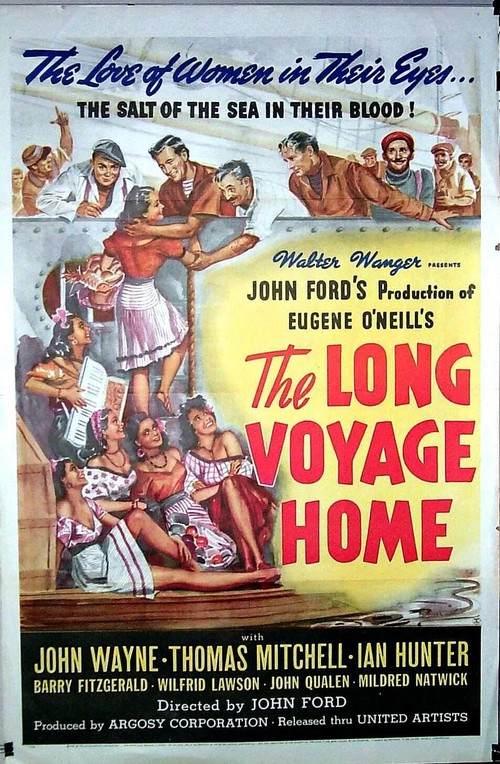 At the start of World War II, simple Swedish seaman Ole Olsen (Wayne) finds himself on a merchant ship surrounded by a nervous crew, and for good reason: the ship is carrying badly needed ammunition to the British, making it a highly desirable target for German U-boats. There may also be spies aboard.

After the success of "Stagecoach," Ford was quick to showcase Wayne, his new star (complete with accent!), in this sea tale based on one-act plays by Eugene O'Neill, and skillfully adapted by Dudley Nichols. Boasting stunning cinematography from Gregg Toland, who'd go on to collaborate with Orson Welles on "Citizen Kane," Ford's film projects both tension and a subtle melancholy. Anchoring this unheralded sea picture is the brilliant Thomas Mitchell, as old salt "Drisk" Driscoll; he's ably supported by colorful turns from Ford favorites Barry Fitzgerald and John Qualen, among others.