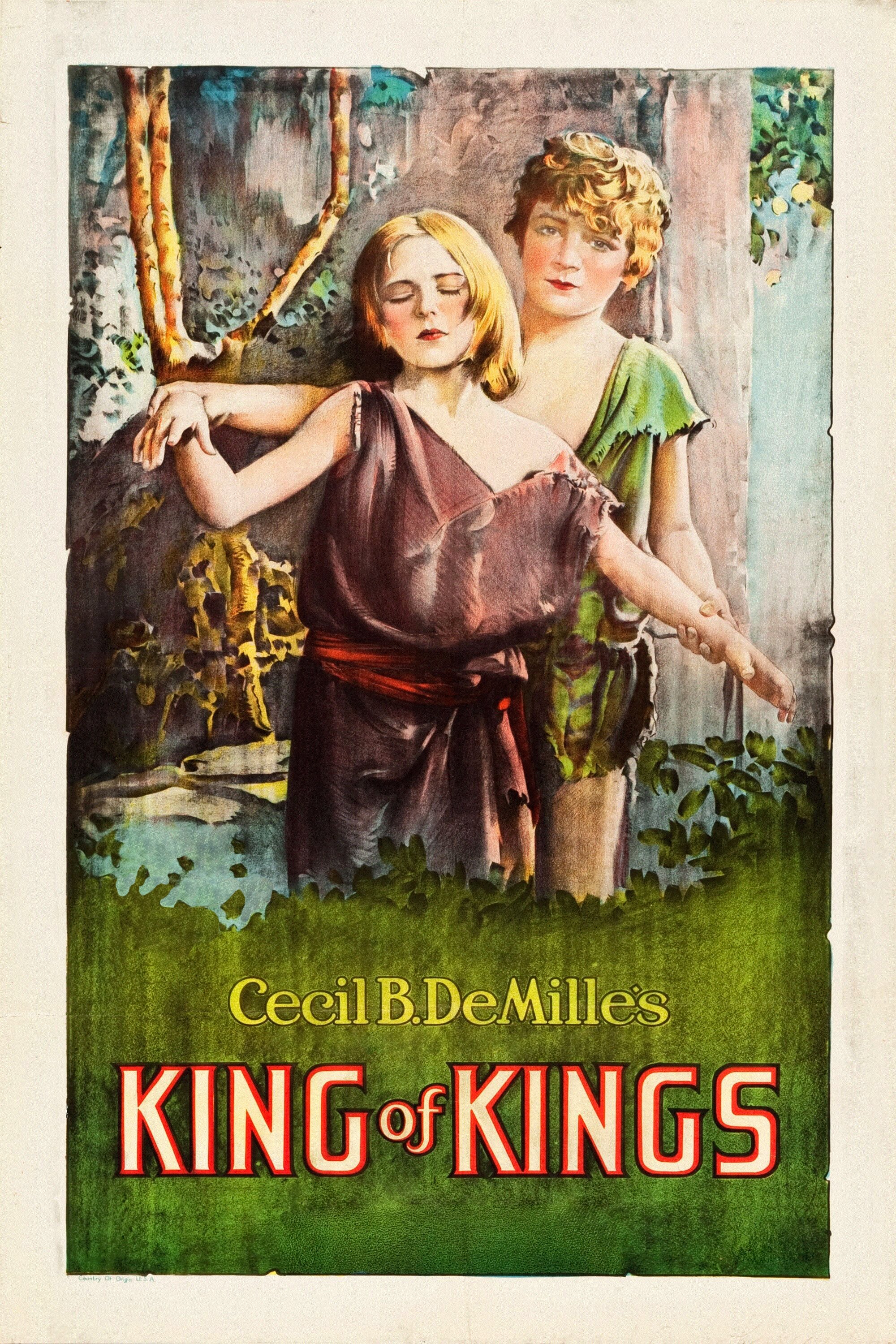 The King of Kings

Courtesan Mary Magdalene (Logan) discovers that her lover, Judas Iscariot (Joseph Schildkraut), has deserted her to follow a humble carpenter, Jesus (Warner). She harnesses four zebras to her chariot and visits Jesus, who calms her and exorcises the seven deadly sins from her soul. Jesus then performs miracles, healing the sick and even raising the dead. Attracting the attention of the High Priest Caiaphas (Rudolph Schildkraut ) by throwing the money lenders and merchants out of the temple, Jesus is arrested and sentenced to death by Roman Pontius Pilate (Varconi). Jesus carries his own cross to Calvary where he is crucified. Three days later, he rises again.

DeMille’s epic telling of the Christ  story stands as one of the greatest achievements in silent film. With a cast of 5000, spectacular set pieces and special effects, the director nevertheless manages to focus closely on the man himself. Star Warner fully captures Jesus’s humanity, and when he first appears, he is bathed in a holy light that accompanies him throughout the film. The first and final sequences are vibrant, shot in two-strip Technicolor. Priding itself on historical accuracy, the film’s intertitles are made up of quotes from scriptures, and key scenes suggest tableaux from famous artists. Emotionally powerful and visually stunning, this truly is “Your Thrill of Thrills”, as the original trailer boasted.

The King of Kong: A Fistful of Quarters