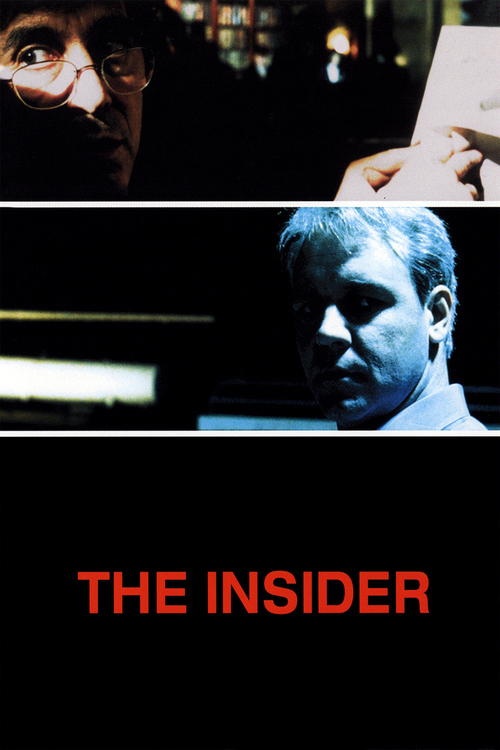 Based on a well-publicized true story, Dr. Jeffrey Wigand (Crowe), an embittered tobacco company employee, decides to blow the whistle on mammoth employer Brown & Williamson's deceptive practices. He enlists the help of Lowell Bergman (Pacino), senior producer on TV's "60 Minutes," to get the story out. The process quickly becomes dangerous, however, and both men's lives are nearly destroyed.

Carrying the imprimatur of reality — courtesy of Michael Mann's tense, semi-documentary shooting style — the shocking events of the Big Tobacco scandal get brought into close proximity, holding you breathless. This disturbing cautionary tale wrapped up in a top-notch thriller is further elevated by two stars playing at the top of their respective games. Crowe is particularly impressive playing against type, and old hand Christopher Plummer also makes an inspired choice for crusty correspondent Mike Wallace. Don't miss "The Insider!"