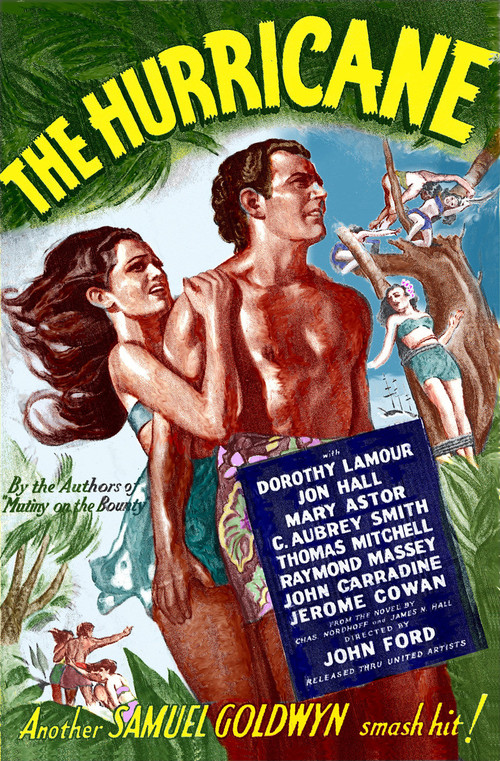 Terangi (Hall), a native of a French-occupied Pacific island, is best known for two things; his prodigious sailing and swimming abilities, and his deep love for his childhood sweetheart, Marama (Lamour). Shortly after their wedding, Terangi must set sail for Tahiti, where an altercation with a white man leaves him wrongly imprisoned. The martinet governor of Terangi’s island, DeLaage (Massey), has the power to release the innocent man, but a rigid adherence to the justice system keeps him from doing so, despite the pleadings of the local missionary priest, and his own wife. Ironically, only a natural disaster may prove Terangi’s salvation — if he can survive it.

Despite the limited, relatively primitive 1937 special effects, the titular disaster of the film is brutal, spectacular, and surprising, putting to shame the work of most modern-day CGI wizards. Still — by the time the actual hurricane blows onto the screen, the viewer has already become fully invested in this story of prejudice and injustice. “Hurricane” was nominated for three Academy Awards and won one (for sound recording), but in our view, John Ford was robbed of a best director nod. His skillful balancing of grand spectacle and human drama makes this an under-appreciated classic. You should brave high winds to see it.