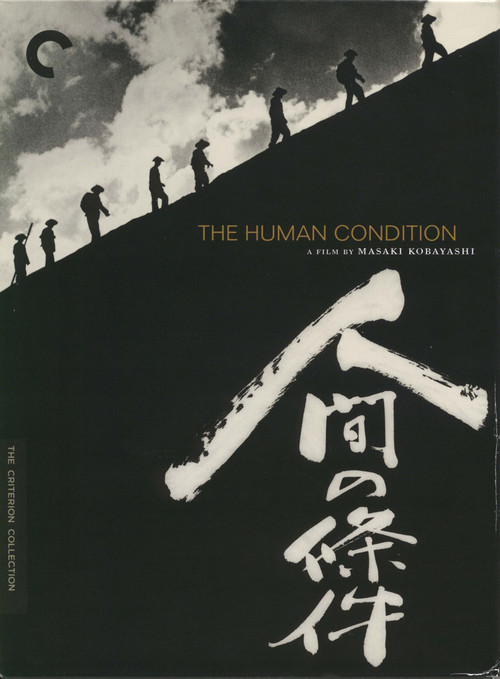 Desperately hoping to avoid military service, idealistic Kaji (Nakadai) accepts a position as a factory manager at a WWII labor camp in Manchuria, but is horrified by the brutality inflicted on the laborers. Kaji’s morals conflict with those of his superiors, who eventually orchestrate his draft into the Imperial army, thus beginning an odyssey of pain and serial abuses through which his idealism is slowly shattered.

One of cinema’s most profound meditations on war and disillusionment, Kobayashi’s grand, 10-hour epic (originally released as three installments) ranks with the best of Kurosawa for the expansiveness of its artistic vision, and with Bergman for the depths of existential despair into which it plummets its protagonist. As Kaji’s journey takes him from a factory floor to the front lines and then to a Soviet POW camp, he becomes increasingly cynical about humanity. Some of Japan’s best actors — Chishu Ryu, Minoru Chiaki — turn in powerful performances; but Nakadai’s relentlessly grim, endless mistreatment at the hands of others is the raw, naked heart of the film.

The Hunchback of Notre Dame