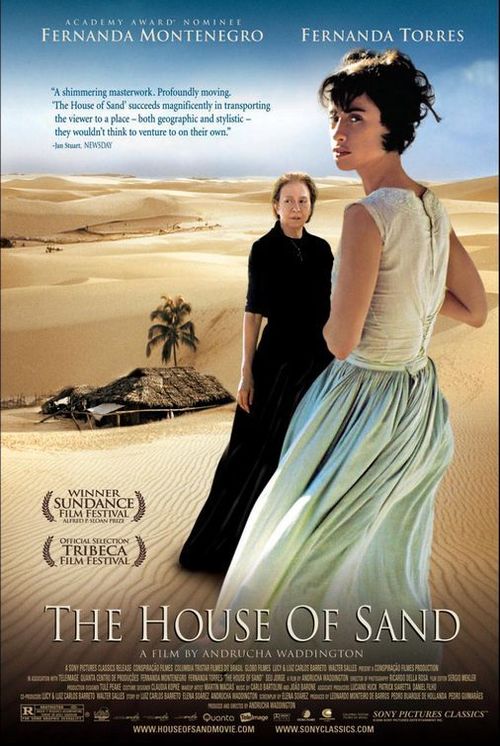 The House of Sand

When her beloved husband Jean (Cremer) disappears after going for a swim at the beach, middle-aged Parisian Marie (Rampling) is understandably concerned. Then, when the authorities turn up no sign of his body, she is devastated. Months later, still haunted by her loss, Marie talks casually about Jean as though he were still alive — and she believes she sees him, too. Through Vincent (Nolot), a kindly man who takes a romantic interest in Marie, she struggles to reconcile herself to Jean's absence, and how his loss is affecting her.

A beautifully photographed and moving saga of three generations of women, Waddington's "Sand" begins in 1910 and fast-forwards to 1919, 1942, and finally the Space Age, tracking Áurea's trials with her impetuous daughter Maria (Facundes), who longs for a life beyond the dunes. Over the decades, Áurea's experience will be shaped by tragedy, war, and romance with an astronomer, Luiz (Diaz), who seems to hold the promise of escape. Early on, she also receives help from Massu (Jorge), one of the wary ex-slaves living nearby. Flawlessly acted, "Sand" is an ode to women's otherworldly strength. (Trivia note: the film really is a family affair, as Montenegro and Torres are real life mother and daughter, and respectively, mother-in-law and wife of the director.)

The House on 92nd Street