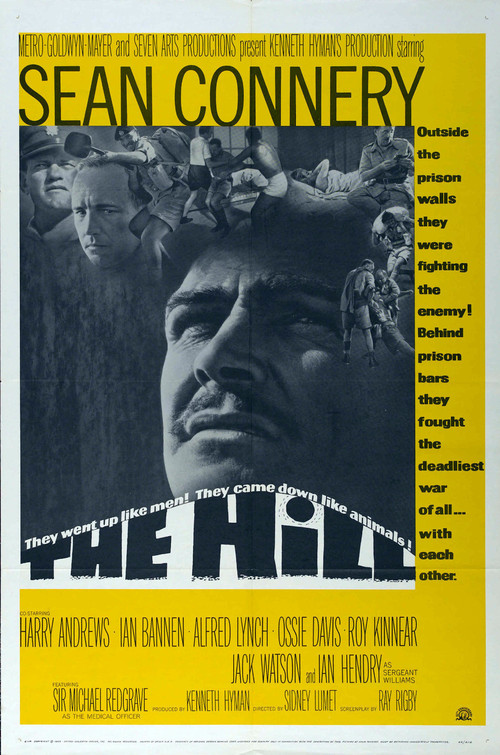 At a British military stockade in North Africa during the Second War, five men, including outspoken prisoner Joe Roberts (Connery), endure the humiliations of a hard-nosed Sergeant Major (Andrews) and his henchmen, who assign their charges various torturous duties. After a fellow prisoner dies as a result, Roberts protests, spurring the full-hilt abuse of the warden and his staff. Will they manage to break his rebellious spirit?

Sidney Lumet's agonizing, tightly directed prison film features a convincing and simmering turn by Connery, fresh off his flashy role as Bond in "Thunderball." Here, Connery portrays a stalwart soldier who endures brutalization at the hands of Andrews's no-bull sergeant from hell. Ossie Davis steals scenes as a rebellious West Indian; but look for Michael Redgrave, too, as a brig staffer with a more humane disposition. Gritty and powerful, "The Hill" celebrates the heroism of defiance. Climb it!