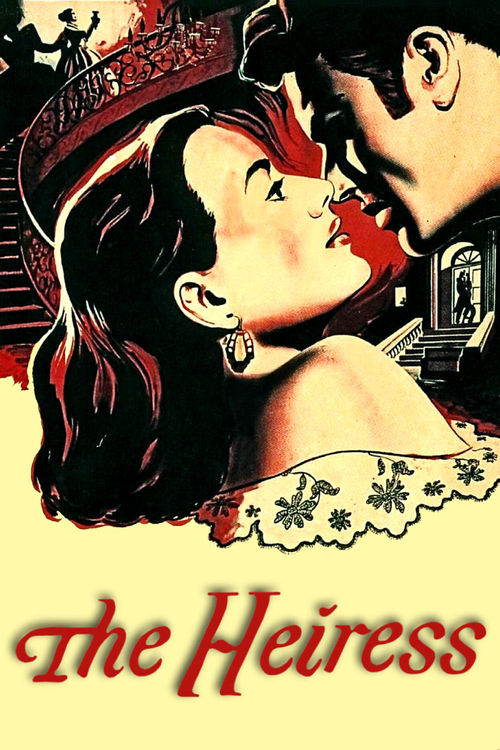 Socially awkward, plain-looking heiress Catherine Sloper (De Havilland) wants to marry dashing, penniless suitor Morris Townshend (Clift), but her tyrannical widower father, Dr. Austin Sloper (Richardson), smells a gold-digging rat, and threatens to cut off Catherine's inheritance if she elopes. Is Dr. Sloper coldly ruining his daughter's only chance for happiness, or is he protecting her from the get-rich scheme of a disingenuous lover?

Widely hailed as a masterpiece, and boasting an Oscar-winning performance from Olivia De Havilland, Wyler's powerful and haunting drama was adapted from Henry James's novel, "Washington Square." De Havilland's transformation from dutiful and docile daughter into a grown-up who thinks for herself is one of the great rewards of seeing this film; Richardson shines, too, as an overbearing man who nevertheless feels conflicted about blocking Catherine's right to decide her own future. With a splendid score by Aaron Copland, majestic costumes by Edith Head, and Wyler's mastery of psychological tension, "The Heiress" is a Hollywood treasure.