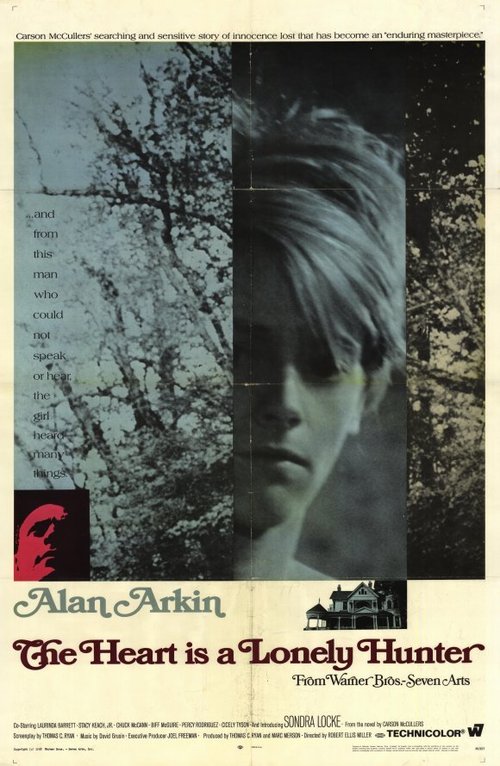 The Heart Is a Lonely Hunter

Left on his own when a close friend is institutionalized, deaf-mute John Singer (Arkin) moves to a small town in the Deep South, where he soon befriends a troubled adolescent girl, Mick (Locke), and a colorful cast of misfits, including an alcoholic ne'er-do-well (Keach) and an embittered black doctor (Rodriguez). Spilling their secrets to the equable Singer, the townsfolk begin to take for granted this saintly mute's presence in their lives — until it's too late.

Based on Carson McCullers's bittersweet novel, and gorgeously lensed by famed cinematographer James Wong Howe, Miller's "Hunter" is the affecting tale of a man who enriches the lives of everyone around him without (quite literally) asking for anything in return. The interactions between Oscar nominees Arkin and Locke (just 20-years-old at the time) are particularly touching (they bond over classical music), but the film is also notable for fine early performances by Keach and Cicely Tyson, playing Rodriguez's estranged daughter. Delicately grappling with poverty and all forms of intolerance, this "Hunter" has got a lot of heart.

The Heart of the Game