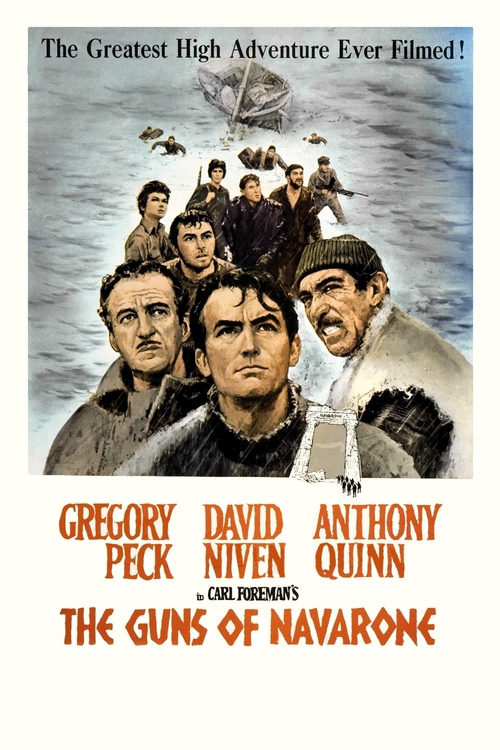 The Guns of Navarone

Carl Foreman adapted this epic-scale adventure based on Alistair MacLean's book, and the result is colorful, highly suspenseful entertainment. The movie boasts terrific action sequences, but also scores as engrossing ensemble drama thanks to solid turns from a top international cast, including Niven (particularly good in a largely unsympathetic role), Quinn, Irene Papas, and Anthony Quayle. Nominated for seven Oscars, including Best Picture, it won for its superb special effects. Take my word for it: these “Guns” hit the bulls-eye!