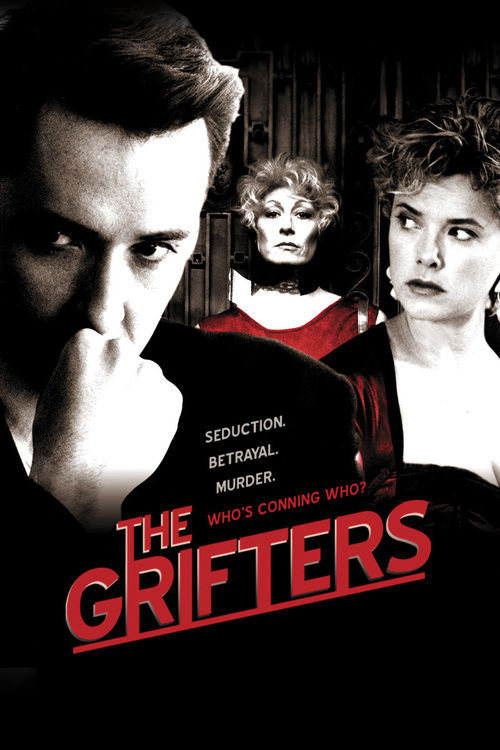 Lilly Dillon (Huston) is a tough broad; she works for the mob, placing bets on horses to fix the odds at the track. Her mostly-estranged son Roy (Cusack) works the “short con”, small-time hustling and swindling. When mother and son happen to reconnect, Lilly takes an instant dislike to Roy’s new girlfriend Myra (Bening), who uses her sexual wiles to get whatever she wants. Myra, a former big-time swindler, tries to convince Roy to play the “long con” with her, while Lilly tries to convince him to quit grifting altogether. Can Roy escape the pull of these two powerful women?

British director Frears, known for the wickedly saucy “Dangerous Liaisons,” helms this crisp, cunning adaptation of Jim Thompson’s pulp crime novel. Set in seedy motels and around La Jolla racetrack, “The Grifters” evokes a bygone cinematic era of double-crossing dames and duplicitous deeds while maintaining a slick contemporary style. In an early role, Bening plays the ultimate femme fatale with gusto, while Huston is equally memorable as an old pro who’s in way over her head. Produced by Martin Scorsese, who provides the opening voiceover, this jazzy, Oscar-nominated thriller is a worthy tribute to those 1940s noirs we know and love.