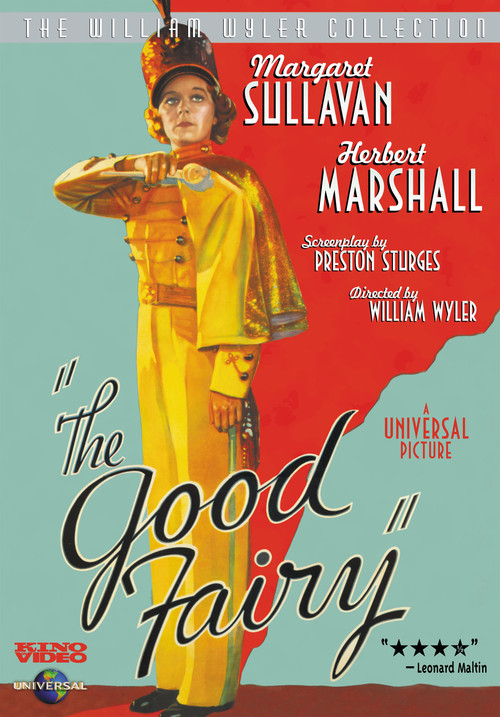 Hand-picked from an orphanage to become an usherette at a big Budapest theater, naïve lass Luisa Ginglebusher (Sullavan) has a simple desire: to become a vehicle of good fortune. So when randy old tycoon Konrad (Morgan) professes his fervent willingness to do anything for a date with Luisa, she picks a random name from the phone book and asks the rich cad to outfit her "husband" with anything he might need. Only problem is, impoverished attorney Max Sporum (Marshall) believes it was his honesty that earned him a leg up in the world.

Penned by the peerless Preston Sturges ("Sullivan's Travels") and directed with flair by Wyler, "Good Fairy" is the kind of brassy, urbane romantic lark that Ernst Lubitsch was perfecting in the early '30s. Sporting an irresistible good-girl charm, Sullavan never shone brighter than here, cleverly fending off Morgan's priggish, overheated Konrad and gently falling for Marshall's gallant, bewhiskered barrister. (Even Wyler was smitten; he married his Fairy as soon as the shoot ended!) Alan Hale, Reginald Owen, Eric Blore, and Cesar Romero target the funny bone in hilarious side roles, chewing up Sturgess's saucy, snappy dialogue. (And so will you!)