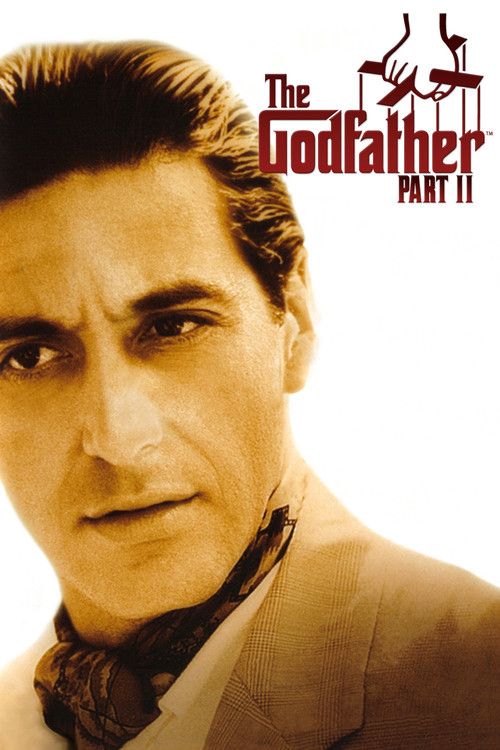 Director Coppola continues the rich saga of the Corleone crime family both by looking back and forward: on one end, the film traces the early life of Vito Corleone (De Niro), from his arrival in America as a boy, to his ruthless ascent to power in the underworld of the early 20th century. It also charts the life and career of Michael Corleone (Pacino) as his father's successor nearly half a century later, ruling his family in turbulent times. Michael becomes increasingly isolated in the process, losing the love of wife Kay (Keaton), and the steadying influence of his father's consigliere, Tom Hayden (Duvall).

One of the rare sequels that equals if not exceeds its distinguished predecessor, "The Godfather: Part II" stands as a work of enduring cinematic brilliance. Coppola skillfully interweaves two fascinating periods in history: the actual birth of organized crime as immigrants swelled our shores in the early 1900s, and the challenging period of the 1950s, when the Mafia became too big and prosperous not to be noticed. Both these periods are evoked superbly via first-rate cinematography, costumes and set design. Script and performances excel; in short, everything works. The film won six Oscars, including Best Picture, Director, Screenplay, and Supporting Actor for De Niro (Pacino was also nominated). A triumph — then, now and always.

The Gods Must Be Crazy