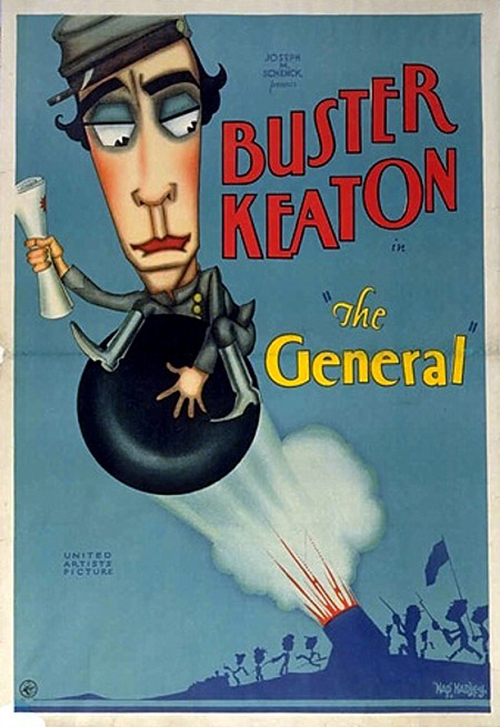 Confederate railroad engineer Johnny Gray (Keaton) has two great loves: sweet Southern gal Annabelle Lee (Mack) and his locomotive, The General. When the Yanks steal both at the outbreak of the Civil War, Gray goes on a hilariously crazed quest to rescue them, resulting in a rollicking blend of adventure, romance, and high-energy comedy. Widely considered one of the greatest films ever made, Keaton's "The General" finds the stone-faced physical comedian at the very height of his creative powers.

Whether wrestling with a cannon or attempting to mount a moving train, Keaton's comic timing and expressive body language rival Chaplin's, and he puts to shame the funnymen of today. Mack is terrific in her own right, playing off Keaton's impassive, foolhardy bravado with sprightly charm. The wildly inventive stunts and chase sequences are as amazing as they are hilarious. "The General" is one train you'll definitely want to catch.