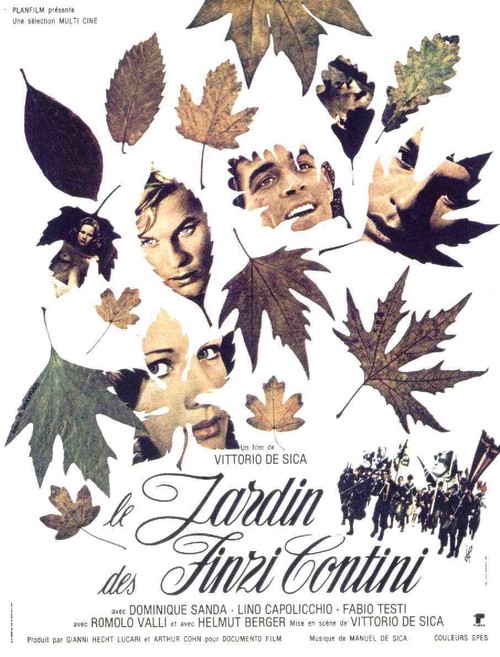 The Garden of the Finzi-Continis

Attempting to preserve their idyllic way of life while Mussolini stirs up anti-Semitic hatred outside, the aristocratic Jewish Finzi-Contini family spend their days picnicking with friends, playing parlor games, and romping on Eden-like tennis courts. Middle-class Jew Giorgio (Capolicchio), a regular guest, is deeply in love with childhood sweetheart, Micol (Sanda), but she turns from him to pursue his more sexually aggressive friend, Malnate (Testi). As war rolls closer to home, the Finzi-Continis' days of heaven are increasingly numbered.

Vittorio de Sica's gorgeous, elegiac film is a solemn meditation on loss of innocence set during one of the most turbulent eras in world history. The Finzi-Continis believe their privilege will protect them from fascist oppression, but their willed isolation and passivity only makes their eventual downfall that much more tragic. Certain images — Giorgio and Micol's ill-fated romantic tryst in a buggy, the slow-motion halcyon portraits of each family member that close the film — really stick with you. A poetic, lyrical masterwork by the great Neorealist director, this is one "Garden" well worth visiting.