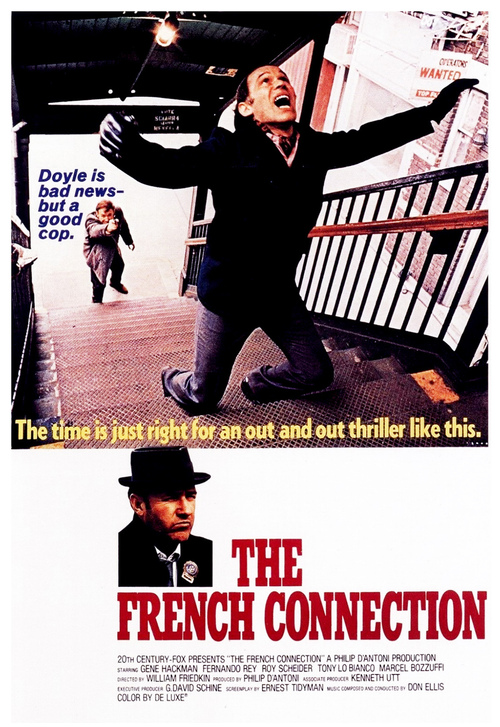 "Connection" relates the fact-based story of narcotics detective Jimmy "Popeye" Doyle (Hackman) and his partner Buddy Russo (Scheider), who use unorthodox means to track down the source of an upcoming heroin influx to New York City. Their obsessive, hard-driving style leads them to a smooth French drug lord (Rey) attempting to smuggle in a huge shipment of dope from Europe. Will they foil his plans?

Hackman's electrifying performance as Popeye Doyle won him an Oscar, and transformed him overnight from supporting player to star. Shot verité-style by director Friedkin, this breathless, spellbinding movie evokes the slightly fraying quality of New York forty-five years ago, when a fiscal crisis loomed. This only adds to the grit and edginess of this intense film — without question, one of the best cop movies ever.