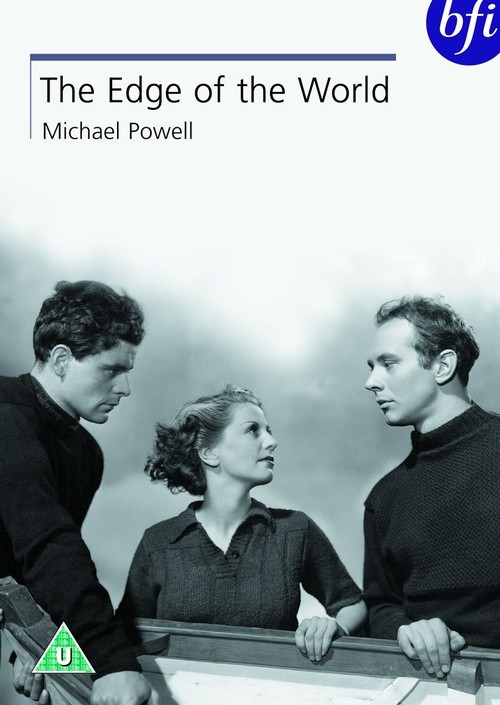 The Edge of the World

On the tiny, remote North Sea island, modernization is drawing able-bodied young fishermen to the mainland and threatening a way of life that has remained intact for centuries. Lovely Ruth Manson (Chrystall) is torn between staying or emigrating, a dilemma exacerbated by the divergent views of two key men in her life: her twin brother Robbie (Berry), who plans to leave for good, and Andrew Gray (MacGinnis), the man Ruth loves, who's determined to stick it out.

Based on the real-life exodus from St. Kilda, near Scotland, Powell's gripping melodrama was his breakthrough effort before embarking on a fruitful lifelong partnership with writer/producer Emeric Pressburger. Combining documentary-like footage of ragged shorelines, craggy cliffs, and the rugged beauty of Foula (the film's actual location) with a simple story of economic hardship and romantic conflict, Powell concocted one of the most deeply personal and moving British films of the '30s. Sparse yet potent, "Edge" stands out for excellent performances — including John Laurie and Finlay Currie as the young lovers' squabbling patriarchs. Don't miss that thrilling sequence involving a treacherous foot race up Foula's forbiddingly steep cliffs.