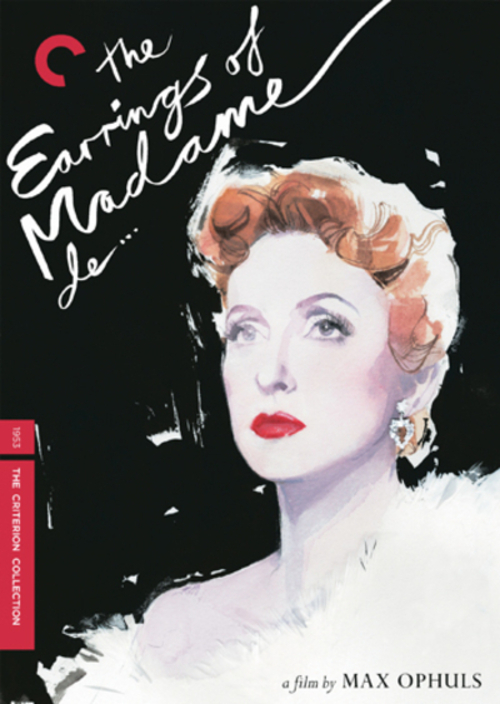 The Earrings of Madame de...

Louise (Darrieux) is the toast of late 19th century Paris, and seemingly has it all; breathtaking elegance, beautiful clothes and jewels, and a high-ranking general for a husband (Boyer). When her lavish tastes run up some debts, she carelessly pawns a pair of diamond earrings that were a gift from the general. A few owners later, the earrings come into the possession of the handsome Baron Donati (De Sica) who, as fate would have it, is traveling to Paris where he falls tragically in love with Louise.

With its famously fluid, dance-like camera movements and sumptuous backdrop of wealthy, decadent French society, this tale of romance, fate, tragedy, and a pair earrings, is a feast for the eyes and heart. Darrieux plays off her two leading men brilliantly, exhibiting a burning, barely restrained chemistry with De Sica (who was fresh from directing "Umberto D") and a subtler, more domestic affection for Boyer, with whom she co-starred in Anatole Litvak's "Mayerling" nearly two decades prior. A lush, heartbreaking masterpiece, and one of the more important films in the French language.

The Edge of Heaven