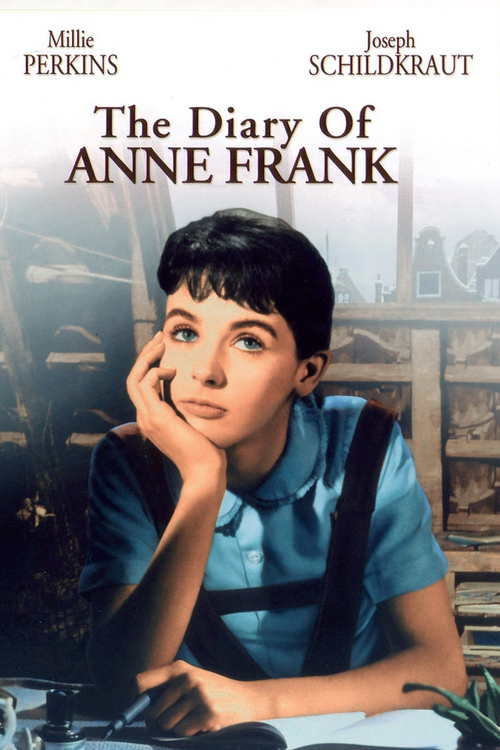 The Diary of Anne Frank

Hoping to survive WWII and the Nazi occupation of her home city of Amsterdam, Jewish teenager Anne Frank (Perkins) hides in the attic of Dutch neighbors Mr. and Mrs. Van Daan (Jacobi and Winters) with her entire family, keeping a diary of their clandestine life. Facing death should they be discovered, the Franks and the Van Deans attempt to lead the most normal lives they can, despite claustrophobic conditions and an atmosphere thick with tension and danger.

One of the finest postwar films to deal with the human drama of the Holocaust, Stevens's tense, heartfelt adaptation of the popular stage play was based on the real-life Frank's own diaries. Schildkraut is tailor-made for the role of the steady, ever-patient Mr. Frank, and the young Perkins is adept at capturing Anne's adolescent turmoil in the face of impending horror. Winters's anxious, high-strung turn as Mrs. Van Daan won her a Best Supporting Actress Oscar. Gorgeously shot in CinemaScope by Oscar winner William Mellor, "Diary" is a poignant and ultimately tragic coming-of-age tale about a kind of imprisonment from which there is no escape.

The Diary of a Teenage Girl