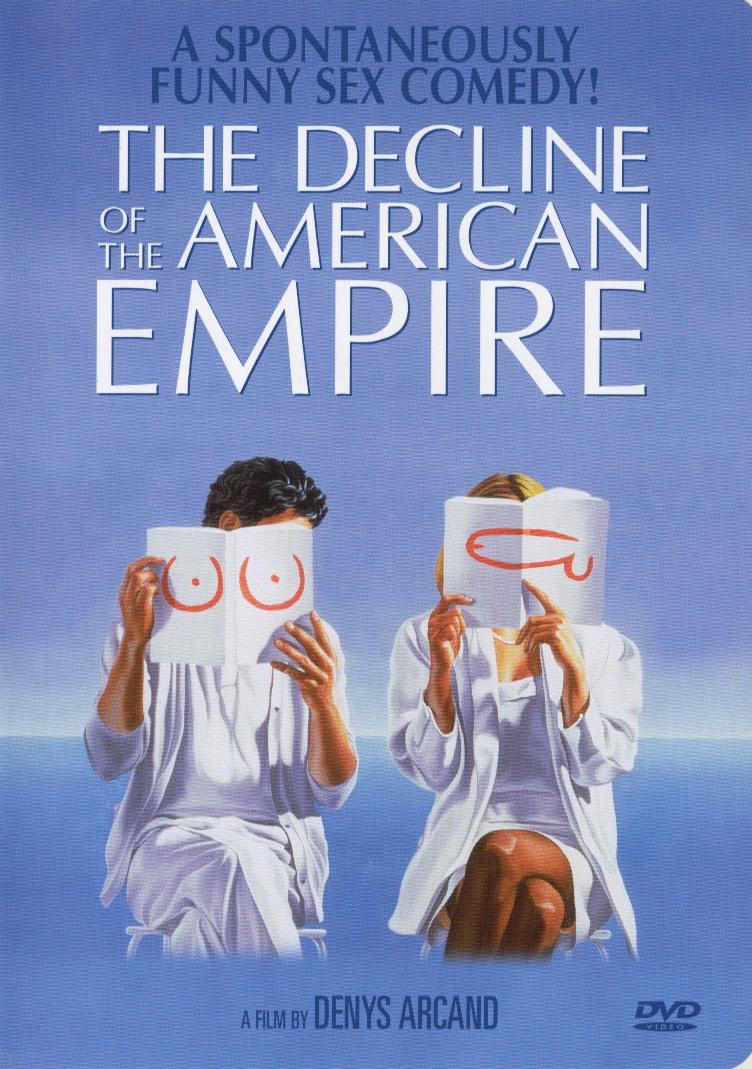 The Decline of the American Empire

As they prepare a gourmet dinner, four male intellectuals — Pierre (Curzi), Claude (Jacques), Remy (Girard), and Alain (Briere) — trade raunchy anecdotes about their sexual experiences. Meanwhile, four equally brainy women — Dominique (Michel), Diane (Portal), Louise (Berryman), and Danielle (Rioux) — do the same while working out at a gym. Later, they meet for the repast, where the conversation continues in the same vein, with hilarious results.