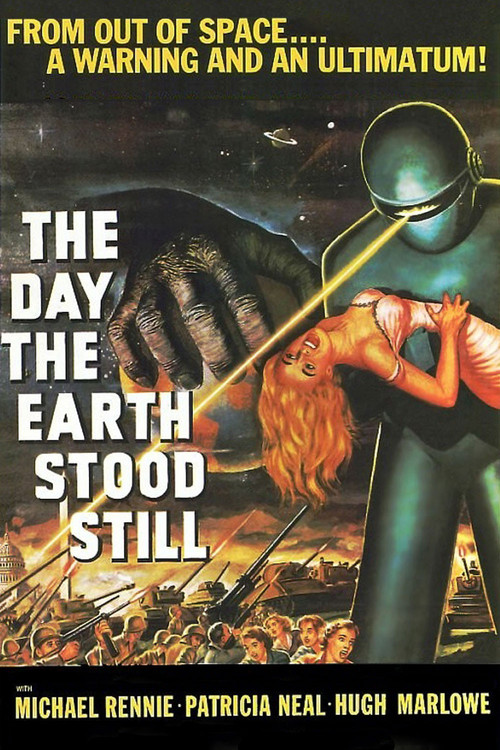 The Day the Earth Stood Still

One eventful day, an alien spaceship lands in Washington, and from it emerges an emissary from another world (Rennie) who has assumed human form. He has a message for the inhabitants of Earth, but won't reveal it unless all nations of the world are present to hear it. The being chooses a mother and son (Neal and Gray) to convey this directive; unfortunately, it’s not one a divided world can readily accept. Will humanity's inability to unite spell its destruction?

Admittedly short on action and effects, Robert Wise’s groundbreaking science-fiction classic may seem quaint on the surface, but this subtly paranoiac tale of a world in crisis is still unnerving. “Day” in fact transcends its genre, taking aim at the pervasive distrust and intolerance of the time, as characterized by McCarthyism and the Cold War. The director, who edited “Citizen Kane” and went on to direct “The Haunting” and "The Sound Of Music,” coaxes solid performances from his cast, with a restrained Rennie and fetching Neal carrying the picture. A must for fans of ‘50s cinema and all sci-fi devotees.