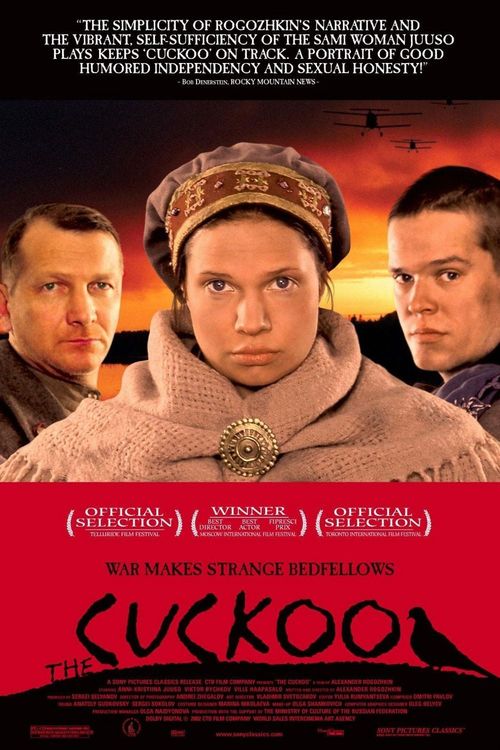 In 1944, a would-be Finnish sniper or cuckoo named Veiko (Haapasalo) escapes from a rock where he was chained by the retreating Wehrmacht, who dressed him in an SS uniform, knowing he'd be shot on sight by the Russians. Veiko takes shelter at the home of lonely Lapland reindeer farmer Anni (Juuso), who's also nursing to health Ivan (Bychkov), a disgraced Russian officer wounded in a bombing. Language barriers cause confusion and tension among the strangers, especially since Ivan suspects that Veiko, true to his unfortunate uniform, is a Nazi.

Rogozhin's wry look at war concerns a pacifist Finn conscript, a Russian poet-soldier, and a love-starved Lapp peasant all trying to get along under the same roof: The two men compete for the sexual attention of Anni, wonderfully played by the impish Juuso, while warily eyeing each other with mutual suspicion. Though the characters cannot understand each other, subtitles allow us to see how a cross-hatching of misunderstandings results from their often hostile exchanges. With this Tower of Babel premise and its painterly eye for the Finnish landscape, Rogozhin's clever "Cuckoo" is an anti-war film with a folksy, slyly romantic appeal.

The Curse of the Cat People