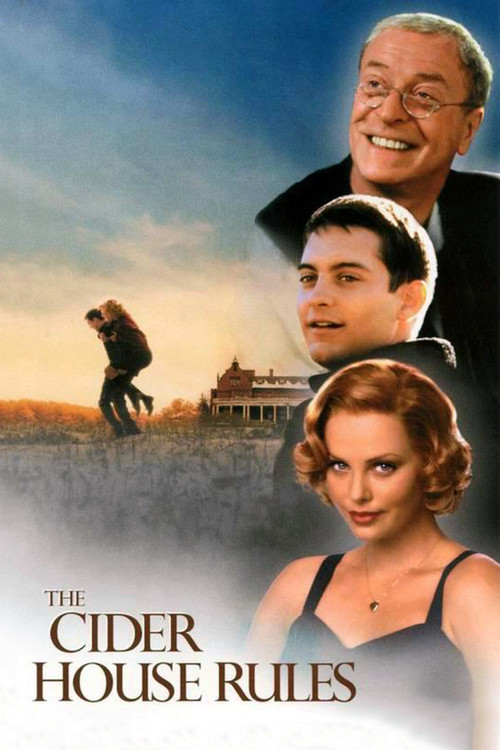 Raised for most of his life at an orphanage in rural Maine, young Homer Wells (Maguire) has been groomed for a career in medicine by kindly guardian Dr. Wilbur Larch (Caine), whom he's long assisted in caring for abandoned children. But the arrival of air-force pilot Wally (Rudd) and his pregnant girlfriend, Candy (Theron), will open his eyes to a world far beyond the confines of St. Cloud and the cozy intimacy of Larch's household.

John Irving's beloved novel gets the royal treatment in Hallstrom's warm-hearted, Oscar-winning adaptation, which deals with abortion, prejudice, and a young man's quest to broaden his horizons as he leaves the place of his youth and takes up residence in a cider mill. The film owes its success mostly to the stellar cast, which includes Erykah Badu and Delroy Lindo as a field worker and her foreman lover, respectively. No one does the charming naïf as well as Maguire ("The Ice Storm"), and Caine's memorable turn as a kindly country doctor earned him a well-earned Oscar for Best Supporting Actor. Heed these "Rules!"