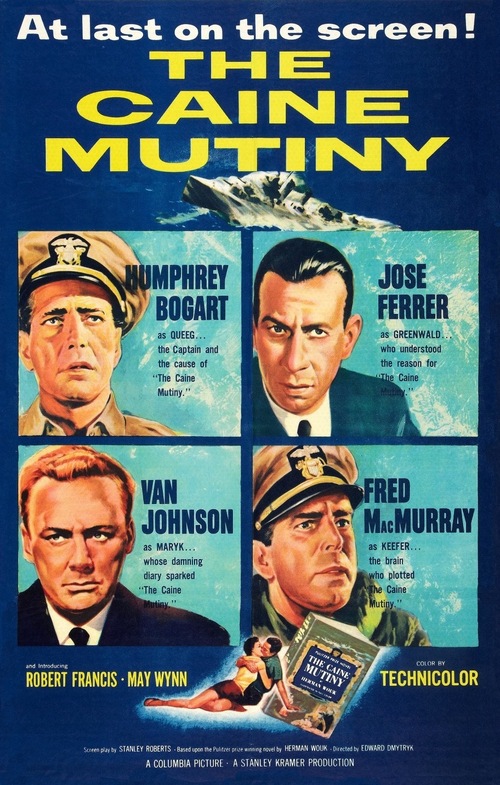 Based on Herman Wouk's sprawling novel, this film tells of the neurotic, inflexible Captain Queeg (Bogart), a career officer whose men relieve him of command when Queeg supposedly falters in guiding his ship through a perilous typhoon. Once on terra firma, Queeg ensures the men get court-martialed for mutiny, and as the trial progresses, the sad truth is gradually revealed. But in the end, is justice really done?

Dmytryk's stunning production remains one of our best war films and courtroom dramas. A trio of outstanding performances distinguish it: an Oscar-nominated Bogart in one of his best turns as the embattled Queeg; Jose Ferrer, who almost steals the picture as whip-smart defense lawyer Barney Greenwald; and finally, Fred MacMurray, superb in the unsympathetic part of the cowardly Lieutenant Keefer. All hands on deck for this smart, salty classic.