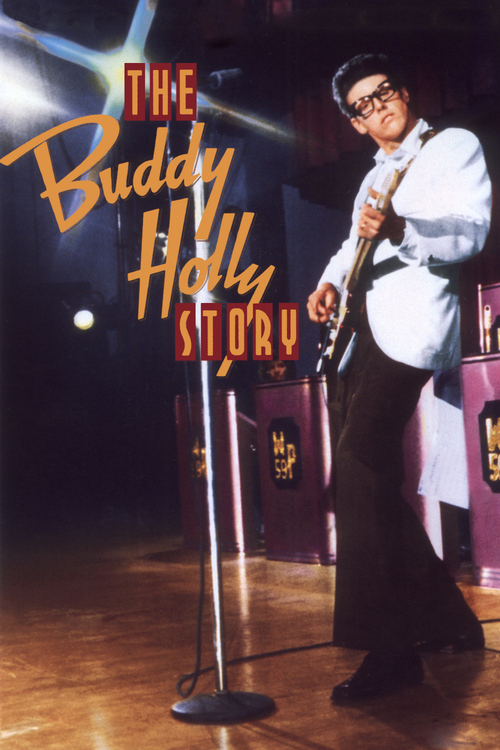 This evocative musical biopic traces the meteoric rise and too-sudden demise of gifted singer-songwriter Buddy Holly (Busey). "Story" follows his meteoric journey from his conservative roots in Lubbock, Texas to big-time stardom and marriage. It also portrays his on-again, off-again relationship with his band mates, the Crickets, as well as Holly's contribution to blurring, if not erasing, the color barrier in the emerging musical phenomenon dubbed "rock'n'roll." What shines through poignantly is the sense of a burning talent snuffed out randomly, and way too soon.

Steve Rash's film takes liberties with some details of Holly's short life, but more than compensates in drawing out an incredible performance from its unlikely lead actor: Gary Busey, known for tough guy roles rather than musicals. The husky, rugged actor somehow turns himself into the lanky, bespectacled Texas singer — and more impressive still, performs all the songs himself. This was a triumph of characterization for which Busey was Oscar-nominated. The movie also succeeds in profiling an exciting — if ultimately tragic — early chapter in rock music, leading all the way up to “the day the music died.”