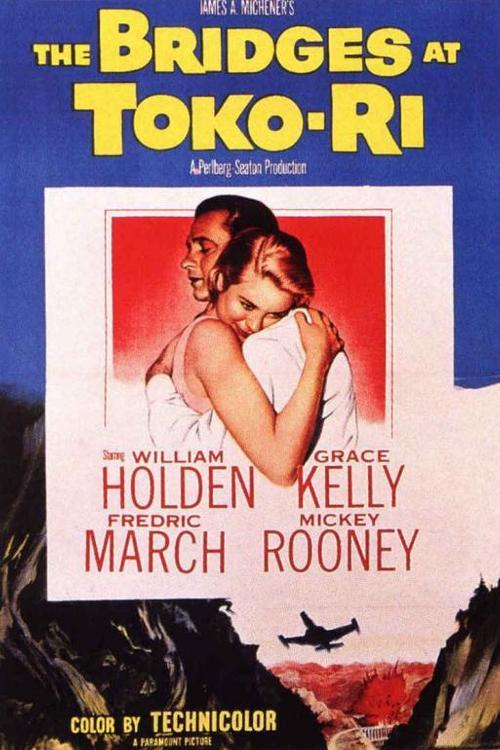 The Bridges at Toko-Ri

Set during the Korean War, navy flyer Harry Brubaker (Holden) has an enviable problem: he's too good at what he does. Having manned a bomber in the Second War, Harry aches for family and home, and his beautiful wife Nancy (Kelly) wants him back too. Still, it seems there is one sensitive flying mission only Harry is equipped to handle: to blow up the bridges at a strategic spot called Toko-Ri. Will Harry succeed, and make it back to tell the tale?

Mark Robson's handsome film is equal parts war movie and romance, with gorgeous Technicolor and an A-list cast. The macho, magnetic Holden fits his part like a glove, and his love scenes with Kelly pack real heat (the on-set romance was real). The always stellar Fredric March projects both authority and humanity as Rear Admiral Tarrant, a man keenly aware that he’s sent too many young men out to die; and look for the irrepressible Mickey Rooney in a fun, feisty turn as Mike Forney, a pint-size sailor who can't stay out of love or fights.