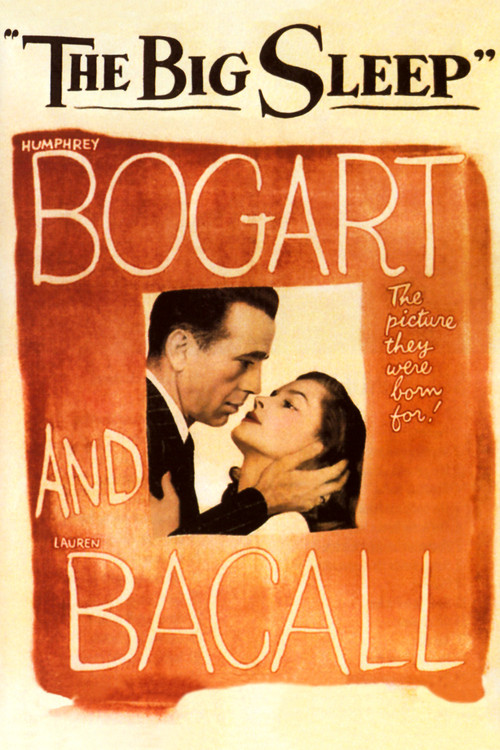 Private investigator Philip Marlowe (Bogart) gets tangled in a seedy web of murder and vice when he's hired by wealthy scion General Sternwood (Waldron) to investigate a pornographer with incriminating photos of his daughter, Carmen (Vickers). Marlowe finds the man dead, but this is only the beginning, as plot twists — and bodies — pile up fast. At first, the detective is intrigued by the general's other daughter, the ravishing Vivian (Bacall), but keeps her at a safe distance. Events will soon conspire to bring them closer together.

Scripted by William Faulkner from Raymond Chandler's complex detective novel, Howard Hawks's "The Big Sleep" is a Hollywood whodunit of the highest order. Bogart famously cemented his trench-coated, tough-guy persona tackling the role of Chandler's shamus protagonist, Philip Marlowe, co-starring alongside soon-to-be wife Bacall. "Sleep" piles up so many dense subplots that ultimately you may lose track of who killed whom; apparently, even Chandler lost track of one culprit. Still, that Bogart/Bacall wattage and Hawks' expert direction are such that you don't much care.

The Bird People in China