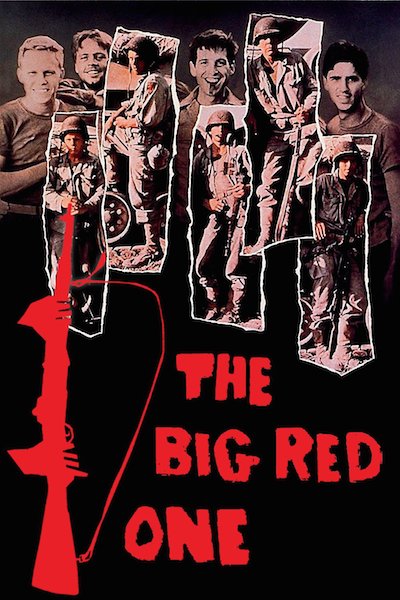 The Big Red One: The Reconstruction

A sergeant (Marvin) in the 1st Infantry Division ( aka,”the Big Red One”) leads a squad of men through the horrors of World War II, from North Africa, to Omaha Beach and straight on to the liberation of a Nazi death camp. Four men survive the odds with him, including Pvt. Zab (Carradine), a cigar-chomping, brash writer, and Pvt. Griff (Hamill), a peace-loving naif. In between episodes of intense fighting, the soldiers battle fatigue, tedium and fear.

Shot mostly in Israel on a limited budget Fuller’s autobiographical epic was cut by the studio on its initial release, and he didn’t live to see this reconstructed version, which reinserts 50 minutes of footage. Originally deemed too brutal, the film now stands as a character-driven, thoroughly realistic account of war. The studio originally wanted John Wayne for the lead, but the film bears out that Fuller made the right choice with Marvin, who gives a bravura performance as the weary, dogged leader. (The actor was in fact a decorated veteran of the Second War). Based on events from Fuller’s own experiences, this is raw, visceral moviemaking at its best.