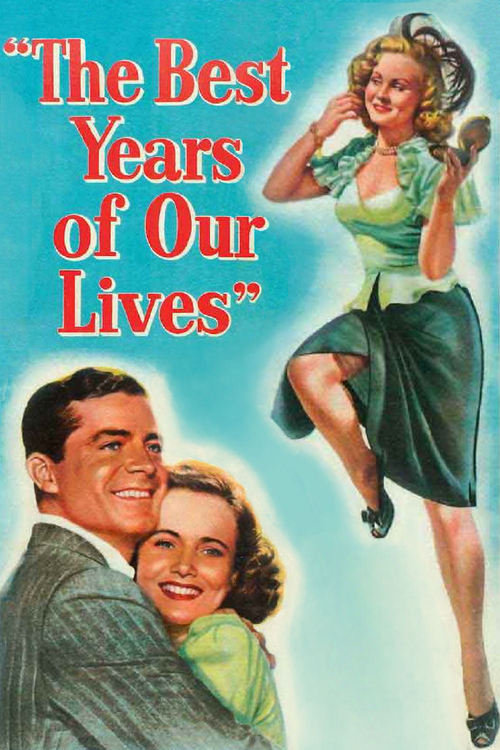 The Best Years of Our Lives

This groundbreaking movie portrays the plight of returning servicemen at the end of the Second World War. It follows the unique readjustments to civilian life faced by three veterans who hop the same transport home: Fred Derry (Andrews), an officer and pilot coming back to a dead-end job and uncertain relationship; Al Stephenson (March), an older soldier returning to a loving family and stable career; and Homer Parrish (Russell), a sailor who's lost both his hands in combat, and abhors the pity he expects to receive from his parents and fiancée (O'Donnell).

Thanks to Wyler's expert direction, each of the three central characters in this powerful, perceptive picture is subtly drawn, with their stories evoking the complex challenges that confronted returning veterans of all ranks. Regardless of each man’s individual challenges, they all share the need somehow to make sense of their war experiences, while confronting a new America. Even with the requisite dose of sentimentality and romance, the movie never strays far from its central premise — that no matter what you return to in a time of peace, war changes you forever. "The Best Years of Our Lives" won Oscars for Best Picture, Director, Screenplay, Actor (March) and Supporting Actor (Russell, a non-professional actor and actual amputee).

The Best of Youth