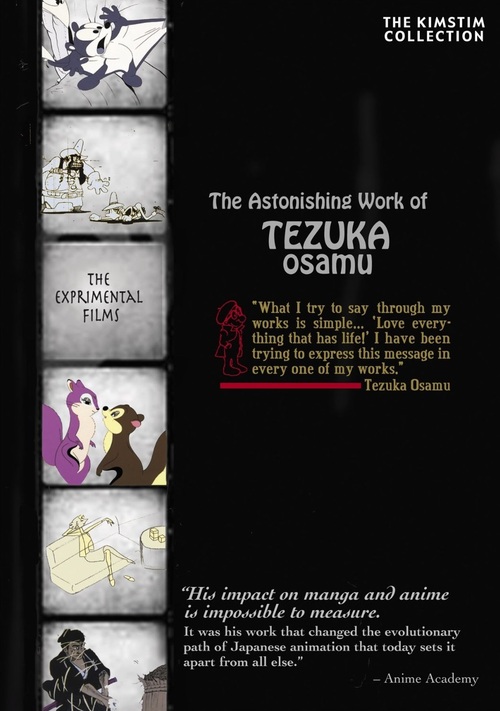 The Astonishing Work of Tezuka Osamu

Osamu, often referred to as the “Father of Anime,” was a true original and one of the most influential artists in his field, having put his creative stamp on hundreds of comic books, short films, and television programs. An artistic chameleon who never stuck to just one style, Osamu not only helped define these art forms but continued to push boundaries throughout his career. This collection offers some of Osamu’s best work; including perhaps his most famous piece, “Legend of the Forest,” in which he traces the evolution of animation, from early etchings to Disney and beyond.

This fascinating collection of rare short films shows just how bold and versatile the work of this groundbreaking animator really was, making it even more criminal that more people don’t know about him. Indeed, the diversity of these selections constitutes a fitting introduction for newcomers, but also allows true animation fans the pleasure of tracking the development of his art through the years. The title of the collection is no exaggeration; this is an astonishing, wild, and exciting anthology from one of the field’s true legends.