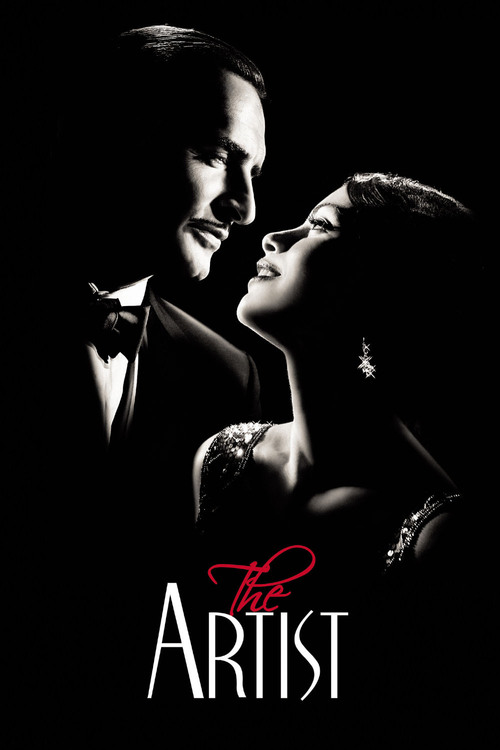 George Valentin (Dujardin) is a dashing silent movie star at the peak of his career in 1927. But the advent of talking pictures and Hollywood's constant need for fresh faces signals the impending decline of his fame and fortune. Feeling trapped in a dead-end marriage to Doris (Miller), Valentin has a brief, innocent flirtation with young ingénue Peppy (Bejo), whose star is on the rise. When Valentin refuses to jump on the Talkies bandwagon, he quickly becomes irrelevant and descends into obscurity. As Peppy becomes a huge success, she never forgets the man who once showed her kindness.

Director Michel Hazanavicius's joyous, mostly silent film is both an ode to 1920s filmmaking and a celebration of the art of cinema. Applying many of the conventions of classic silent movies, this comic romance proves that dialogue isn't essential to creating resonant characters and deep emotion. (Note the scene where Peppy wistfully caresses Valentin's jacket hanging on a coat rack for a master class in wordless expression). Though both John Goodman and James Cromwell offer solid support playing a studio boss and a chauffeur (respectively), the film really soars on the performances of its stars: the Oscar-winning Dujardin, who channels John Gilbert and Douglas Fairbanks as George, and the irrepressible Bejo as ingénue Peppy, who recalls a young Joan Crawford, and whose charm leaps off the screen. For proof that silence is golden, see "The Artist"!