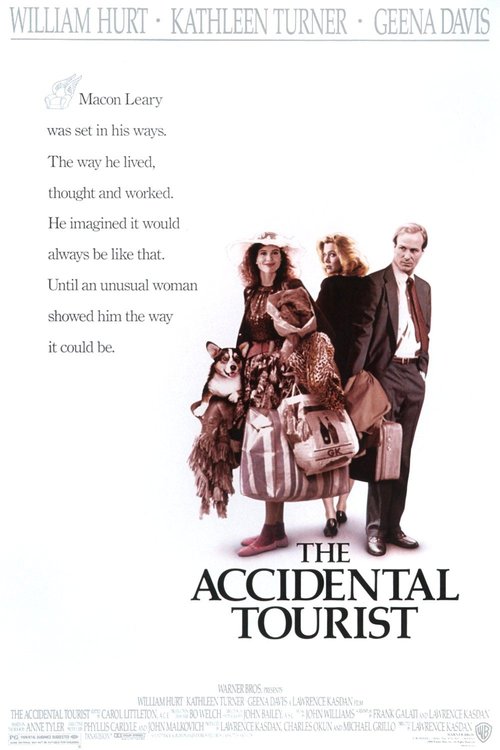 Macon Leary (Hurt), a successful writer of travel guides, has shut himself off emotionally from the world in the wake of the violent death of his young son. Unable to deal with his grief as well as her own, his wife Sarah (Turner) leaves him, causing Macon to withdraw even further. Things go from bad to worse when he breaks his leg and must move back home with his oddball siblings. Then, when he begins an unlikely, unintended romance with eccentric dog trainer Muriel Pritchett (Davis), Macon finds his universe slowly opening up again.

Geena Davis rightly won an Oscar for her magnetic, star-making performance in Lawrence Kasdan's alternately humorous and heart-wrenching adaptation of Anne Tyler's best-selling novel; that said, Hurt's more low-key work was equally deserving. So vivid is his portrayal of a man dealing with unspeakable loss that when Davis’s Muriel comes along to crack open his shell, we root like mad for her to succeed. This wonderfully quirky, very human film provides welcome nourishment for the mind, heart, and soul. Watching it should be no accident.