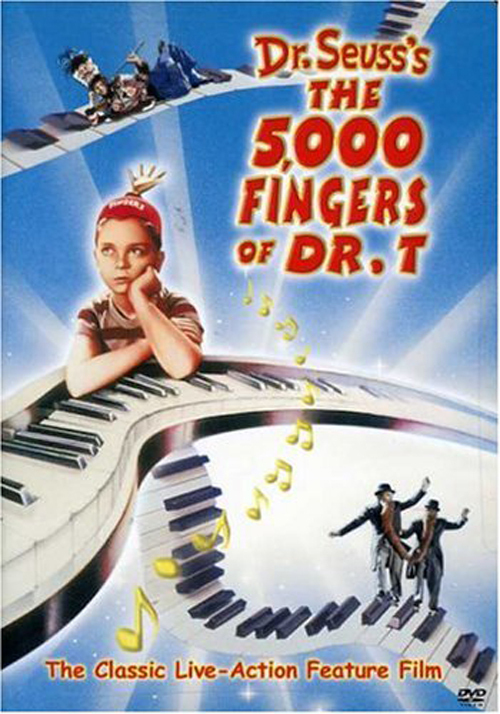 Bart Collins (Rettig) is a normal kid forced to take piano lessons by well-meaning but strict mom Heloise (Healy). His teacher, one Dr. Terwilliker (Conried), is both obsessive and obnoxious. When Bart dozes off one day, he dreams that Dr. T. has brainwashed his Mom into moving into a remote castle, where he keeps those who play other instruments in the dungeon. The demented Doc then draws Bart and 499 other bewildered young pianists into a forced recital on the world's longest grand piano! Only Bart's friend Mr. Zabladwoski (Hayes) can rescue him and his mother from Dr. T.'s clutches.

This wildly imaginative, deliriously kooky film was co-written by Theodor Geisel (a.k.a. Dr. Seuss), and captures the fun, off-kilter spirit of his books. Some over-the-top set pieces get showcased in saturated '50s Technicolor, sure to keep viewers of all ages glued to the screen. Conried is a hoot as the maniacal Doctor, Rettig refreshingly understated as Bart, and Hayes appealing as Zabladowski, the affable plumber (!) who comes through in the clinch. "Dr. T" is sure-fire family entertainment, perfect for younger kids.