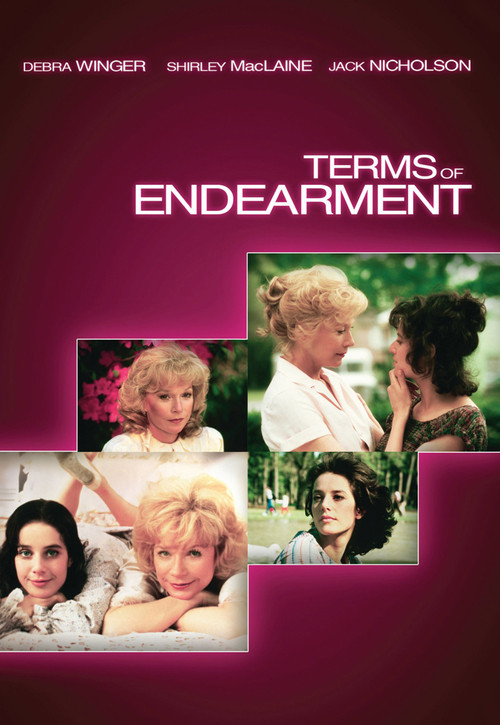 James Brooks's engrossing, award-winning drama traces the various turns in the lives of overbearing but adoring mother Aurora Greenway (Shirley MacLaine) and her equally strong, somewhat bemused daughter, Emma (Debra Winger), with whom she has a stormy, complicated relationship. Told over the course of three decades, this heartbreaking mother-daughter tale is punctuated by the male relationships affecting both women over time.

Brimming with humanity, the poignant "Endearment" makes us laugh and cry in roughly equal measure. MacLaine netted a richly deserved Oscar playing Aurora, and Winger holds her own as long-suffering Emma. (Indeed, their onscreen chemistry helps obscure the fact that the two actresses look nothing alike). Supporting the female stars are Danny DeVito, Jeff Daniels, and of course, Jack Nicholson, stealing every scene he's in as a hard-drinking, womanizing former astronaut.