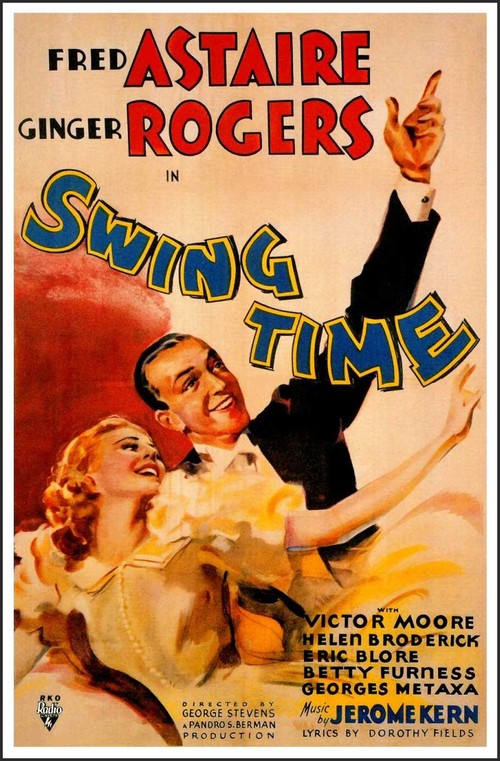 John "Lucky" Garnett (Astaire) isn't so lucky in matters of love. He's late to his own wedding, and his perturbed would-be father-in-law won't give him a return engagement until Lucky raises a large sum of money to properly support his daughter. So, off the dancer/ performer goes, with his loyal pal "Pop" (Moore) to make his fortune in New York. There, he quickly meets dance instructor Penny Carroll (Rogers), and soon all thoughts of his fiancée evaporate. Lucky and Penny (get it?) are soon a couple on and off the dance floor, but before they can twirl themselves away to wedded bliss, there remain some romantic strings to untangle.

George Stevens's classic Astaire-Rogers entry too often takes a back seat to the prior year's "Top Hat" and shouldn't, as it's every bit as good. The dancing sequences are unmatched in the series, particularly the "Bojangles of Harlem" number, and the gossamer Kern-Fields score includes the immortal "The Way You Look Tonight" and the overlooked "Never Gonna Dance," among others. Victor Moore provides appealing comic relief, along with "Top Hat" veterans Eric Blore and Helen Broderick. One of the screen's tip-top musicals.

Sword of the Beast