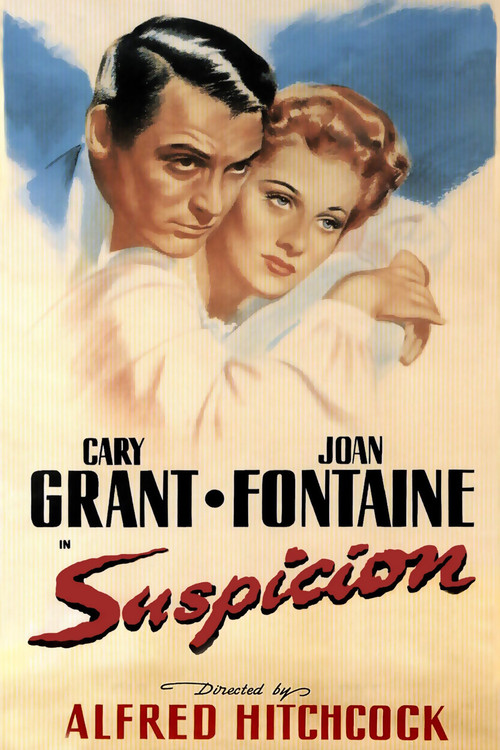 The shy but wealthy Lina McLaidlaw (Fontaine) marries suave, penniless Johnnie Aysgarth (Grant), despite warnings that he's a gold-digging playboy. Before long, Johnnie appears to show his true colors when he gets involved in an embezzlement scheme — and his partner Beaky (Bruce) turns up dead. Though lacking hard evidence, Lina begins to suspect her husband is a killer, and fears he may come for her next.

Hitchcock's psychological thriller is as tightly plotted and crisply directed as any of the master's finest works. The tension builds slowly and inexorably, as the bookish, increasingly frightened Lina waits passively for her nightly glass of (poisoned?) milk, fearing the worst. Fontaine, who appeared the previous year in Hitchcock's "Rebecca," won an Oscar for her role as the rattled wife, while Grant is superb as a cynical charmer. "Suspicion" is sure to thrill anyone in the mood for subtle romantic intrigue.