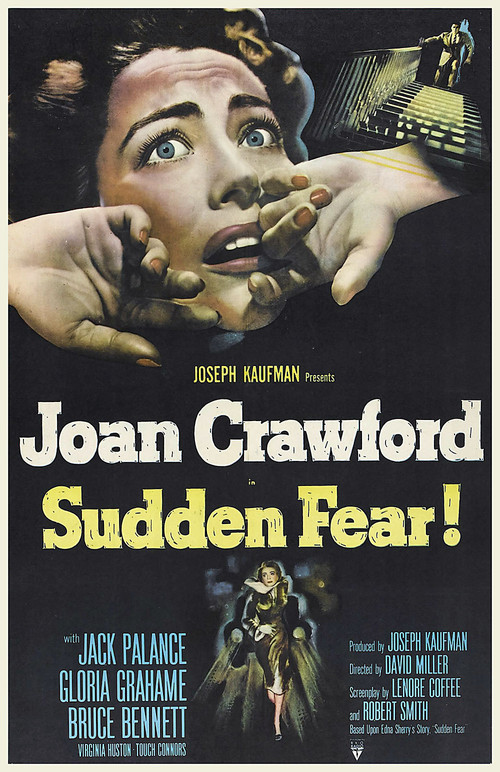 After he's rejected from afar for a big role by playwright Myra Hudson (Crawford) owing to his sinister looks, actor Lester Blaine (Palance) meets and romances the middle-aged writer on a train ride back to San Francisco. She falls head over heels, and they soon marry. It seems like a match made in heaven — only Myra doesn't realize that Lester is not in love with her, and is actually plotting to kill her with his ex-girlfriend Irene (Grahame).

Miller's Oscar-nominated "Sudden Fear" pairs queen of melodrama Crawford with virile villain Palance, to strong effect; meanwhile, scene stealer Grahame sizzles as Jack's greedy, scheming mistress. With its atmospheric lighting and stark cinematography, the film is exemplary of noir thrillers of the time, but screenwriter Lenore Coffee gives the plot a gratifying twist as the intended victim turns the tables on the man who wants her dead. The resulting game of cat and mouse, which ends with a climactic nighttime chase, is the heart-pounding fun of "Fear."