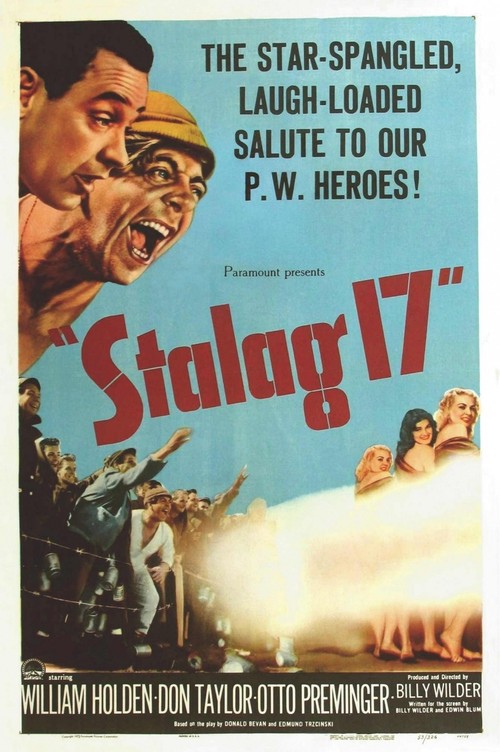 After two POWs are shot trying to escape a camp run by sneering Nazi commandant Oberst Von Scherbach (Preminger), the remaining captives suspect cynical, scheming Sefton (Holden), who profits from placing bets on such attempts, of ratting them out to the Germans. The arrival of Dunbar (Taylor) only aggravates their distrust, as the new prisoner's claim to have detonated a German train is quickly passed on to Von Scherbach, a betrayal promptly laid at Sefton's feet. But this wheeler-dealer is no spy, and has a nose for who the real mole might be.

Unlike so many war films, Wilder's brilliant "Stalag" favors cynicism and satirical black humor over knee-jerk, good guy-bad guy patriotism. Coming on the heels of his success in Wilder's "Sunset Boulevard," Holden's Oscar-winning performance as a less-than-admirable army grunt helped establish the baseline for his enigmatic macho persona. And Preminger, working on the other side of the camera for once, plays sadistic Von Scherbach to sinister perfection. The barbed inspiration for "Hogan's Heroes," "Stalag 17" is the quintessential prisoner-of-war film, a seamless blending of gallows humor and gripping intrigue.