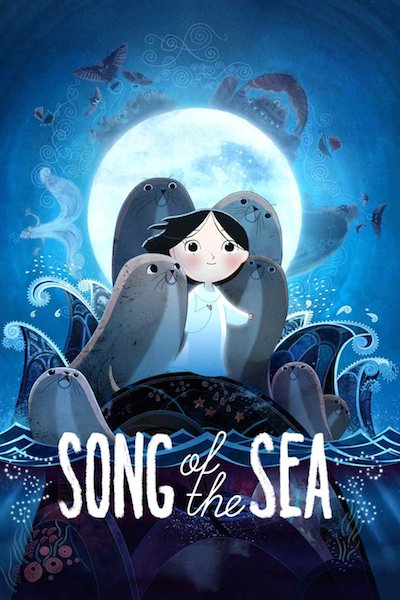 Song of the Sea

Young Ben (Rawle) lives in a remote lighthouse with his grieving, widowed father Conor (Gleeson) and six year old sister Saoirse (O’Connell) who has been mute since losing her mother at birth. After Saoirse takes an enchanted swim with the seals one night, their granny (Flanagan) whisks the children away to the city. But Saoirse has special powers and a special mission; she must return to the sea. Together she and Ben embark on a mystical journey where they meet Celtic fairies, sea-gods and an owl witch.

Moore’s follow-up to 2009’s “The Secret of Kells” combines Gaelic folklore with classic animation, featuring beautiful hand-drawn imagery. A Yeats poem opens the film with allusions to fairies and sets the mood for the appearance of Selkies, the mythological half-human/half-seal creatures. The haunting music, by composer Bruno Coulais and the Irish folk band Kila, imbues the story with lyrical resonance. Nominated for an Oscar, this moving, artful fable is every bit as magical as its diminutive heroine.