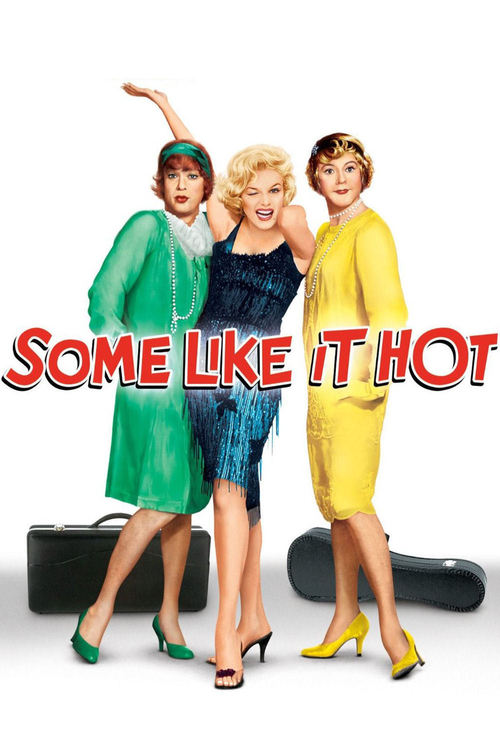 Out-of-work musicians Joe (Tony Curtis) and Jerry (Jack Lemmon) nab a job performing in Illinois, only to witness the St. Valentine's Day Massacre after the gig. To escape the gangsters on their tail, the two disguise themselves as female musicians ("Josephine" and "Daphne"), and head to Florida with an all-girl orchestra. Both men fall for lead singer Sugar Kane (Marilyn Monroe), but their fake identities prevent them from acting on their desires — at least at first.

Long before "Tootsie" and "Mrs. Doubtfire," Wilder gave us this comic, gender-bending masterpiece; which, coming at the very end of the conservative '50s, provided a preview of the more liberated decade to come. Here the director is in pure comedy mode, and pulls off a tricky premise brilliantly. Lemmon and Curtis make an ideal comic duo, Monroe sparkles as the object of their sisterly affections, and Joe E. Brown nearly steals the picture as a dotty millionaire besotted with Lemmon's Daphne. Also look for old-time Warner players Pat O'Brien and George Raft in pivotal roles. A howl, truly.

Somebody Up There Likes Me