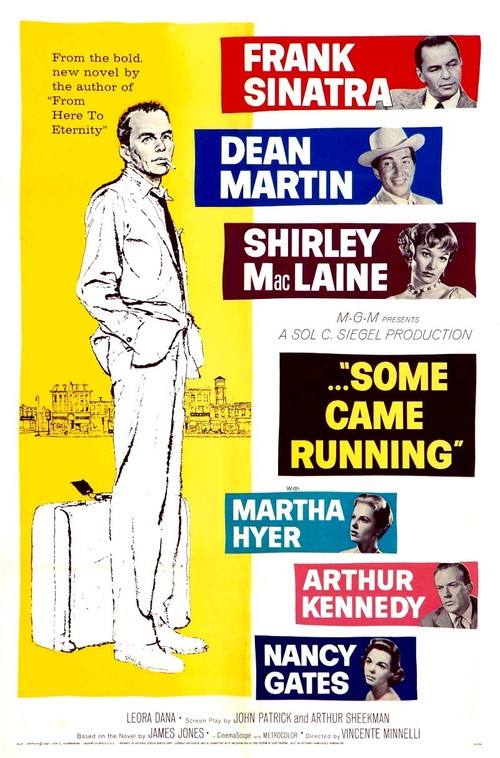 Returning to his Midwest hometown after WWII, card-playing soldier and once-promising novelist Dave Hirsh (Sinatra) is a perturbing presence to his older brother, Frank (Kennedy), a well-to-do businessman who feels Dave is more trouble than he's worth. When local creative-writing instructor Gwen French (Hyer) takes a liking to Dave, he cleans up his act, but his acquaintance with Chicago floozie Ginny (MacLaine) and card shark Bama Dillert (Martin) threatens to undermine their budding romance.

In the wake of “From Here to Eternity,” Warners adapted another James Jones novel for the big screen, pairing director Minnelli (best known for musicals) with Ol' Blue Eyes, who puts in solid work here as a wayward writer with a troubled heart. On- and off-screen drinking pal Martin is aces, too, playing to his breezy, real-life persona; but the fellas leave the heavy work to Best Actress nominee MacLaine, whose heartrending turn as the self-sacrificing Ginny really burrows under your skin. If “Running” has a moral, it's this: messy lives can be as noble as carefully ordered ones.