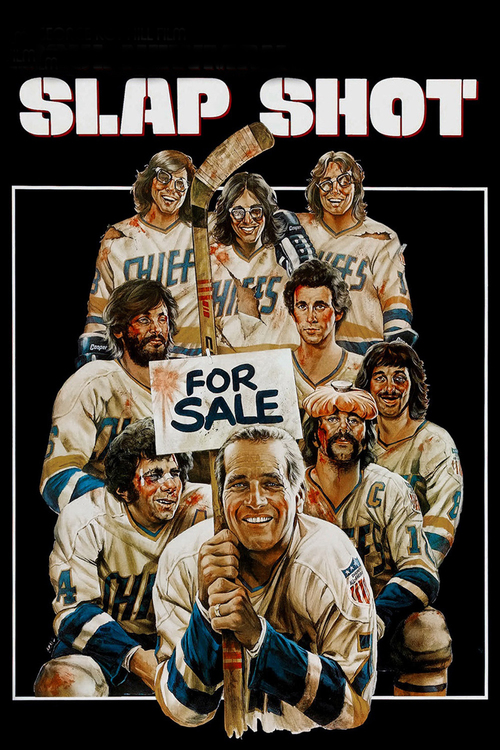 "Slap Shot" tells of aging, cynical Reggie Dunlop (Newman), player/coach of the Chiefs, a losing minor league team on the brink of losing its franchise. The team's fortunes revive only when Dunlop resolves to play dirty and give the fans what they want: blood. The arrival of the Hanson Brothers, a trio of infantile Neanderthals from up north, helps propel this new strategy, to hilarious effect. But soon Reggie suffers a crisis of conscience: is this really the way to play hockey?

This wildly profane film is consistently funny, and often side-splitting. And Newman's Reggie adds an element of poignancy; he's a perennial rogue with plenty of charm, but hardly a responsible adult, evidenced by his failed marriage to Francine (Jennifer Warren), for whom he still carries a torch. Veteran character actor Strother Martin makes the perfect weasel as smarmy team manager Joe McGrath, and Andrew Duncan is memorable as a radio announcer with the worst toupee on the planet.