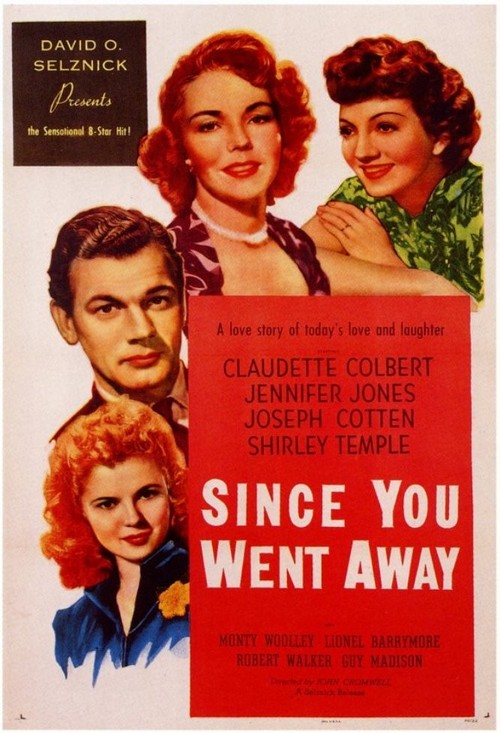 Since You Went Away

After her husband leaves home to fight overseas, army wife Anne Hilton (Colbert) is left to watch over their two daughters, Bridget (Temple) and her older sibling Jane (Jones), who's in love with a young corporal (Walker). Anxiously awaiting news from abroad, life continues apace for the Hilton clan, especially with an acerbic new boarder, Col. Smollett (Woolley), to deal with. And sacrifice is required, too. Luckily for Anne, she has family friend Anthony Willett (Cotten) to lean on when times get hard.

Structured episodically, and based on actual letters exchanged between columnist Margaret Buell Wilder and her soldier-husband, David O. Selznick's grand production of "Away" grossed millions in its time and still looks fantastic. Uplifting and poignant, the film (which Selznick wrote) is blessed with a marvelous all-star cast including Lionel Barrymore, Agnes Moorehead, and Hattie McDaniel. Nominated for nine Oscars, this is a sentimental yet engrossing home-front drama that deftly balances humor and heartbreak.

Singin' in the Rain