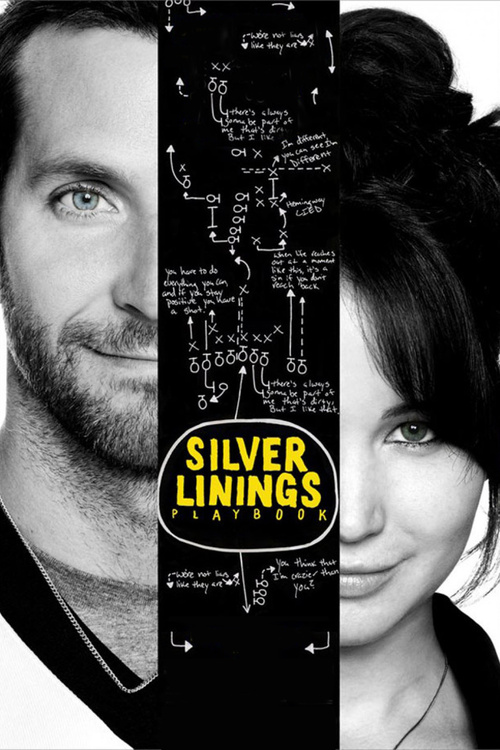 The bi-polar Pat (Cooper) has just been released from a mental institution after a traumatic incident that caused an ugly breakup with his wife Nikki (Bee). He returns to his parents’ home where his mother (Weaver) fusses over him and his dad (De Niro) obsesses over the Philadelphia Eagles. Fixated on reuniting with Nikki, Pat is nevertheless drawn to Tiffany (Lawrence), a young widow he meets through Nikki’s friend Veronica (Stiles). It’s quickly evident that Tiffany also carries considerable emotional baggage. Though she’d like to bed Pat herself, she ultimately agrees to help him get back with Nikki, but only if he agrees to join her in a ballroom dancing competition. He agrees, but the question remains: just who will Pat end up with?

Adapted from Matthew Quick’s 2008 novel, David O. Russell’s eight-time Oscar nominated film strikes a perfect balance between drama, romance and comedy, with a finale sure to raise a smile. Handling the tricky subject of mental illness with considerable finesse, Russell’s comedy rises to screwball heights, with Cooper and Lawrence as ideal foils. Cooper handles the emotionally charged material with aplomb, and Lawrence surprises us with ace comic timing, winning herself a Best Actress statuette for her effort. Most rewarding is seeing a return to form for De Niro, who wins MVP for his portrayal of the football fanatic dad with some mental issues of his own. For a smart, clever, original comedy, study this “Playbook.”