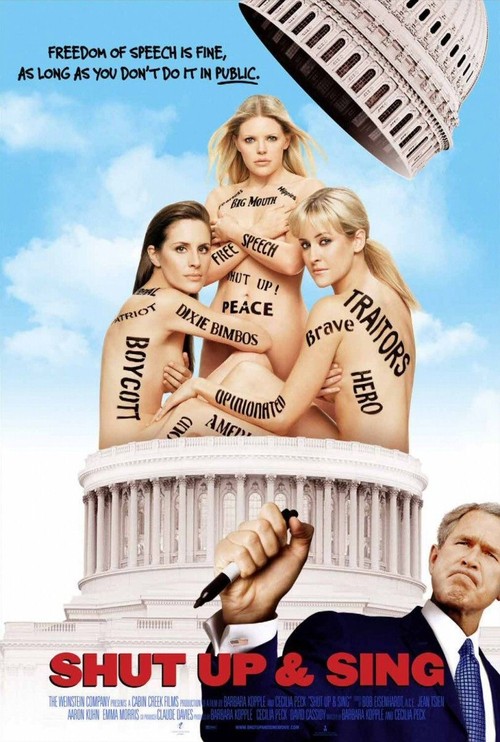 Shut Up and Sing

On the heels of a public controversy, Kopple and Peck take us on the road with early-2000s country music darlings Dixie Chicks, the world’s best-selling all-female group of the time, as they confront personal betrayal, a massive fan freeze-out, and even death threats — all due to singer Natalie Maines’s anti-war comment at a London performance.

Oscar-winning filmmaker Barbara Kopple (“Harlan County U.S.A.”) and Cecilia Peck wanted to profile the multitalented Chicks for a behind-the-scenes documentary. They had no idea that they were about to plunge into a bitter, industry-rattling controversy about one of the bedrock values of American society: free speech. Through three years of trials and tribulations, we tag along with the Chicks as they go from top of the heap to music-world outcasts to, eventually, a kind of rebirth in the hands of producer Rick Rubin. Defiant to the end, sisterly and tough as nails, these glamorous gals do everything but “Shut Up and Sing.”