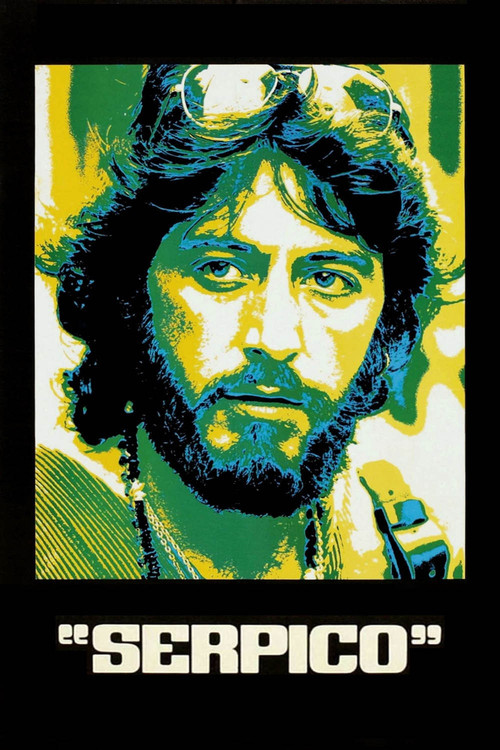 Based on a shocking true story, Frank Serpico (Pacino) is a courageous young cop who risks his life and endures total alienation from his fellow officers in exposing the widespread corruption within the NYPD during the 1960s. Frank hardly expects credit for trying to clean up a rotten system, and willingly accepts his pariah status, but even he becomes frustrated at how difficult it is to break through the walls of fear, resistance and apathy.

This incredible film reinforces a simple fact: nothing is so potent as the truth. Under Lumet's expert direction, we see the long-established, shady practices playing out in one of the country's largest police departments. Though Lumet creates a searing authenticity by shooting at over one hundred Manhattan locations, we fully recognize this story could happen anywhere, since its themes are universal: man against machine, David against Goliath, the peculiar bravery of one man going up against a large, insidious opponent. One of Pacino's best early roles, this brought Al his second consecutive Oscar nod for Best Actor (after "The Godfather").